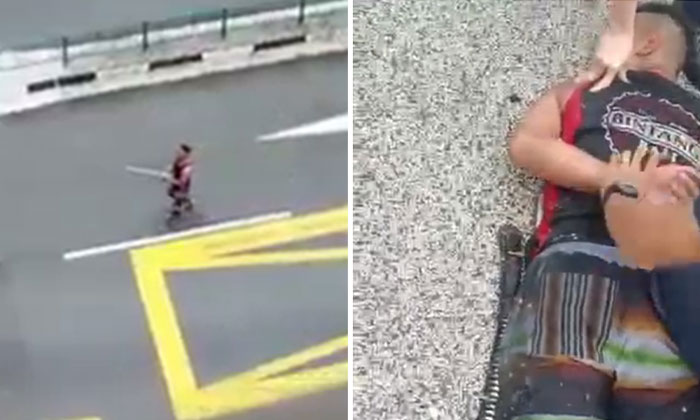 A 37-year-old man who was arrested on Monday (March 14) will be charged in court for an alleged offence of voluntarily causing hurt by dangerous weapons or means.

The police said in a statement that at about 1.55pm on Monday they responded to a call for assistance regarding a man swinging a sword near Buangkok Square mall and stopping oncoming traffic.

Preliminary investigations revealed that the man had allegedly consumed some unknown pills prior to leaving his home with the sword.

He had a brief altercation with members of the public at the lift lobby of the HDB block at which he resided.

Following this, he jaywalked across the road, and allegedly used his weapon to hit five passing cars.

Upon reaching the traffic junction in front of Buangkok Square Mall, the man allegedly swung his weapon at a pedestrian. At this point, other members of the public came forward and assisted to restrain him until the police arrived and arrested him.

The statement added that six members of the public assisted the police with apprehending the man.

The man and two members of the public sustained minor injuries, with one man taken to Sengkang General Hospital conscious after suffering two superficial slash wounds on his left arm. Another suffered abrasions on his left knee.

The police said that the sword was seized as a case exhibit and that investigations are ongoing.

In videos shared on social media, the man can be seen walking along the road while holding the sword.

As cars passed by, the man swung his sword at the vehicles.

While walking towards a pedestrian crossing, the man rushed forward to attack a passer-by and slipped, falling to the floor. The passer-by pinned him down and subdued him with the help of several others.

Footage from another video from the point-of-view of one of the victims showed the man hitting passing cars with a sword and dragging the weapon on the road before approaching the victim.

The police said in an updated statement on Monday evening that during a subsequent raid on the man’s residence, they found two packets of yellow pills.

Preliminary investigations do not suggest the incident to be an act of terror, they added.

The police said: “The man is traced for multiple offences, including violence offences. He had previously been remanded in the Institute of Mental Health and diagnosed with substance use disorder.”

The man was last released from prison on July 30, 2020, after having served a sentence of nine months and two weeks for multiple offences, including violence offences and offences against public servants, the police added. 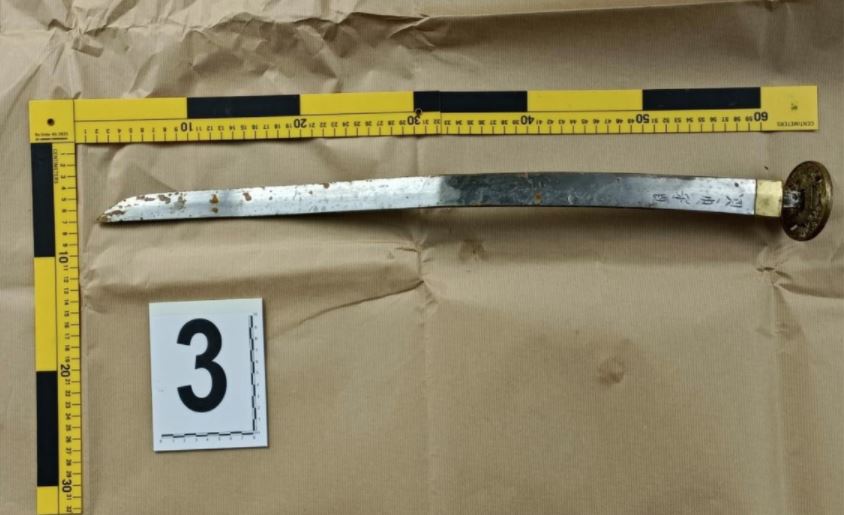 The police said that the sword was seized as a case exhibit and that investigations are ongoing. PHOTO: SINGAPORE POLICE FORCE

The man will be charged in court on Wednesday (March 16) for the offence of voluntarily causing hurt by dangerous weapons or means.

The police said that they would like to commend the members of the public who had assisted to restrain the armed individual before police officers arrived on the scene. 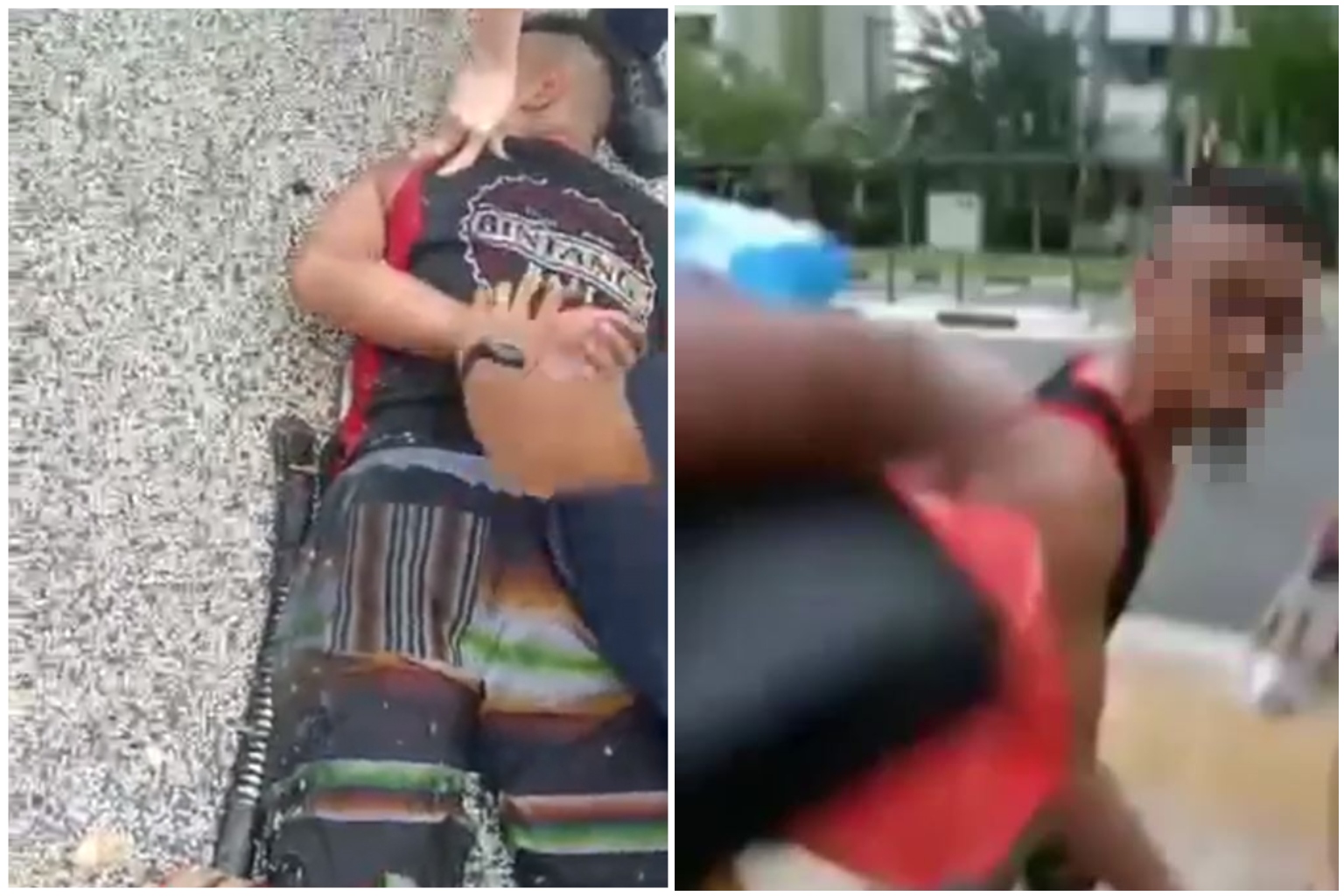 The man was detained by five members of the public before being arrested by police officers who responded to the call. PHOTOS: SCREENGRABS FROM VANI LOGAN/FACEBOOK, WHATSAPP VIDEO

Commander of the Ang Mo Kio police division, assistant commissioner of police Zed Teo, said: “The six members of the public helped to detain the assailant before police’s arrival and prevented him from causing more harm to the public.

“The police would like to commend them for their courage and public spiritedness. We will be presenting them with the Public Spiritedness Award in recognition of their brave actions.”