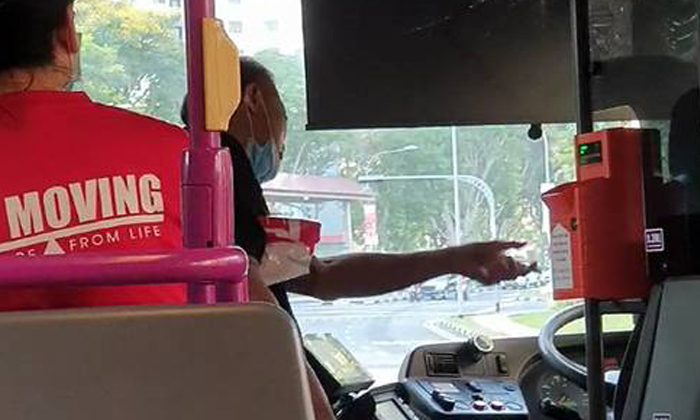 A man who verbally abused two SBS Transit bus captains in separate incidents, both of which involved him refusing to wear his mask properly, has been arrested and charged in court.

The police said they received a report lodged by an SBS Transit bus captain on August 12, about how a male passenger had failed to wear his mask properly and hurled vulgarities.

Through ground enquiries and with the aid of images from police cameras, officers from Ang Mo Kio Police Division established the identity of the 49-year-old commuter and arrested him on Thursday (Aug 20) for public nuisance.

"Preliminary investigations revealed that the man is also suspected to be involved in a separate incident where he had allegedly spat at another SBS Transit bus captain after he was asked to wear his mask properly," said the police in a statement.

This other incident occurred on bus service 54 in Bishan on the evening of August 8.

According to a witness, the man had told the bus captain, "Do you believe that I will make you lose your rice bowl?" during an eight-minute scene.

The man was also said to have hurled vulgarities, flashed his middle finger and spat twice at the bus captain.

He was charged in court on August 22 with public nuisance.

The police said they take a serious view of such abusive and irresponsible behaviour, especially in the current COVID-19 situation.

They added: "Everyone needs to play their part by being socially responsible, observing good personal hygiene, and being considerate to others, especially to service staff who continue to serve the public to the best of their efforts during this difficult period.

"The police will not tolerate any physical or verbal abuse of public servants or public service workers, and will take strong action against perpetrators."