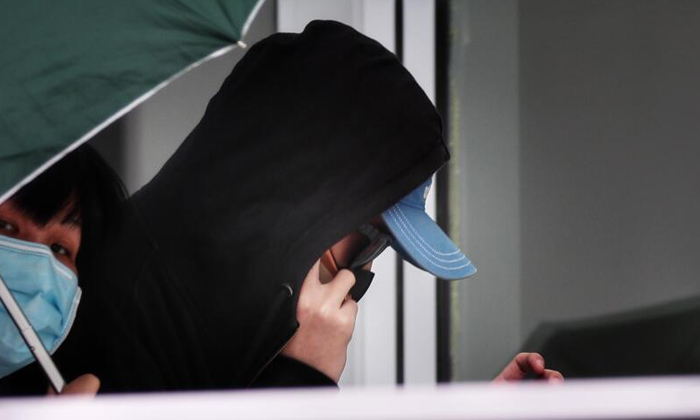 A man was given 21 months' probation on Thursday (Feb 18) for trespassing into a dormitory at the National University of Singapore (NUS) and taking items such as women's undergarments.

Goh An Soon, 20, has to attend offence-specific treatment programmes and perform 60 hours of community service as part of his probation.

He had pleaded guilty earlier to one count each of misappropriating property and trespassing.

The court had heard that Goh went to the dormitory at King Edward VII Hall in Kent Ridge Road eight times between Dec 19, 2018, and Feb 1, 2019. At that time, he was a student at another school, which was not named in court documents.

He would look for lingerie left unattended in washing machines at the dormitory's laundry areas, or among the clothes hung to dry in the common corridor.

"He claimed that he would then take the undergarments to pantry rooms in neighbouring blocks of the campus to look at them up close, and that he left the undergarments behind in these rooms thereafter," Deputy Public Prosecutor Tan Pei Wei had said.

Besides women's lingerie, he also stole items such as laundry bags containing male and female clothing, as well as a wallet with bank cards and a thumb drive in it.

Most of these items have been recovered, the court heard earlier.

His offences came to light after an NUS staff member spotted Goh behaving suspiciously around the dormitory on Feb 1, 2019.

The employee confronted him at the pantry and alerted a campus security investigation officer, who in turn called the police.

Goh's lawyer Andy Yeo said in mitigation on Thursday that his client had a high capacity for rehabilitation and had strong familial support from his parents.

Mr Yeo also highlighted that Goh had been attending counselling since he was arrested and has avoided places where female undergarments were easily accessible, such as dormitories.

District Judge May Mesenas noted that Goh was assessed to have a "moderate" risk of reoffending, and stressed that he should comply fully with the probation order.

For misappropriating items belonging to others, an offender can be jailed for up to two years and/or fined.