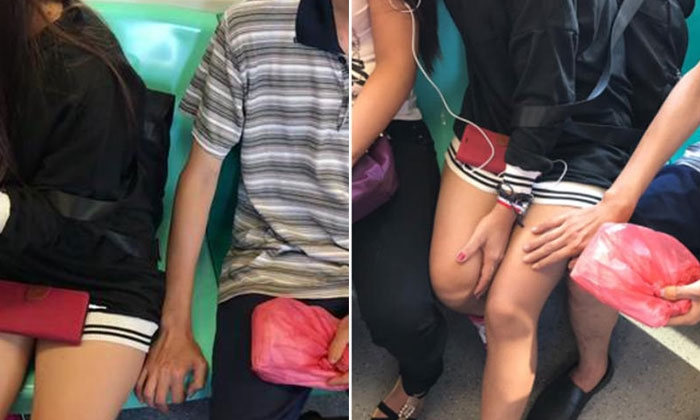 The 44-year-old man caught on video touching the thigh of a female passenger on an MRT train was charged with the offence of Outrage of Modesty today (July 7), said the Police in a statement.

In an earlier article, it was reported that Stomper Andy alerted us to Winna Chin's Facebook video, which showed the man's inappropriate act.

The man, Sim Teck Chye, pretended to be asleep first, before moving his fingers onto the thigh of the female passenger who was sitting beside him.

Sim was arrested on Wednesday (July 5) at Hougang Mall by officers from the Ang Mo Kio Police Division.

He was unrepresented in court and will be remanded for psychiatric observation at the Institute of Mental Health (IMH).

Sim will be back in court on July 21.

If convicted of outrage of modesty, he can be jailed up for to two years and fined or caned.