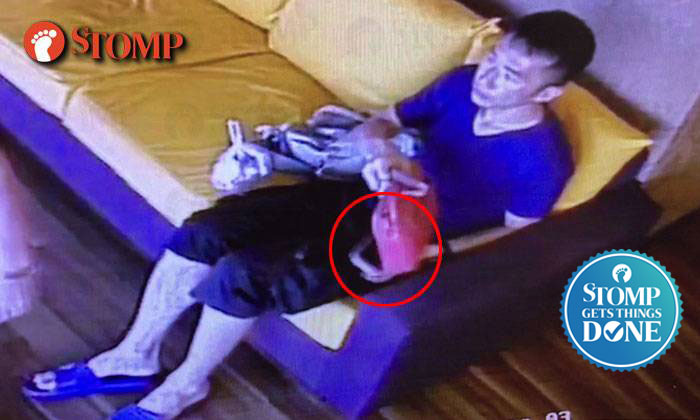 Stomper Eric was relieved to get back his wife's iPhone7 after Stomp posted a report about how a man had taken the phone from a massage parlour in Johor Bahru.

Eric's wife had left her iPhone behind on the sofa of the massage parlour that was subsequently picked up by the man who noticed that it had slid beside a cushion seat.

The Stomper shared a video of the man slowly picking up the iPhone and looking around before walking out of the massage parlour.

He was then seen walking to his Singapore-registered car and appeared to be placing something inside before walking back to the massage parlour.

Stomp published this story on Jun 19.

According to Eric, the man in the video handed over the phone to Geylang Neighbourhood Police Centre after seeing the Stomp report on the same day.

The man called the massage parlour on Jun 20 to inform them that he had returned the phone after seeing the article and requested for Eric's number.

Eric declined to be contacted.

"I just want to thank Stomp for putting up the article which resulted in the successful return of the phone," said the Stomper.

We are happy to help!