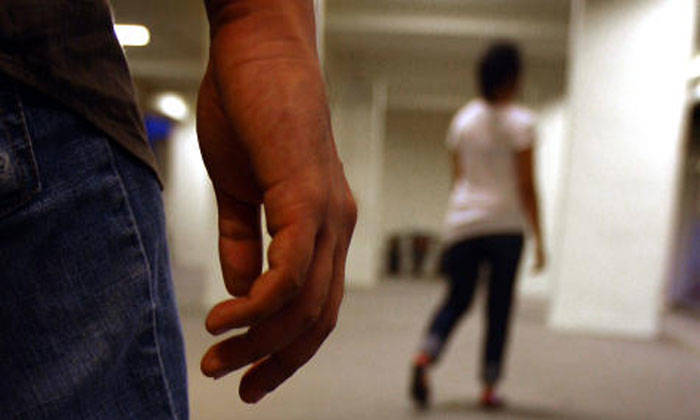 To get her attention, the Singaporean man set up WeChat and Instagram accounts impersonating the woman, a Chinese national, and posted compromising photos of her.

He also sent her multiple messages, including a barrage of threats on one occasion in June 2018 when he thought she was seeing someone else.

Initially claiming trial, the man, 44, pleaded guilty to one count of unlawful stalking last month. Yesterday, he was jailed for five months.

Both parties cannot be named due to a gag order.

Under the Protection from Harassment Act, unlawful stalking refers to a course of conduct involving acts that cause harassment, alarm or distress to another person, and is intended or reasonably likely to do so.

Such acts can include repeatedly sending unwanted gifts or repeatedly circulating revealing photos of the victim.

The court heard that the lovers broke up in March 2018.

The man, a property agent at the time, set up the WeChat account that month, posting pictures of the woman, now 31, including a photo of them topless in bed that was cropped so it did not expose the victim's chest.

The man added derogatory captions to the photo, said Deputy Public Prosecutor Rashvinpal Kaur Dhaliwal, and also posted a list of the woman's friends, threatening to add them to the account.

He eventually took down the photos when the victim pleaded with him to do so.

During this time, he continued to cause her distress by messaging her.

In mid-June, he threatened her on WeChat, telling her "Once I found out who (she was seeing), you going to die... I'll make sure you disappear (sic)", and "You come back you will see blood (sic)".

He did not carry out the threats, but e-mailed her the following month, telling her how he had waited for her at the airport and during her lunch times.

He also expressed regrets and made a promise to resolve any misunderstandings between them.

But from July 28 to Aug 2, he set up three public Instagram accounts and posted compromising photos on two of them.

The woman made a police report on July 31, and the man removed the photos on Aug 3.

In October, she blocked him after he tried to add her on WeChat and sent her messages while she was on vacation.

DPP Kaur sought at least six months' jail, citing significant harm to the victim's reputation, a protracted period of offending, and a grave abuse of trust.

She said the compromising photos were circulated among the victim's colleagues and her situation had also surfaced to the management of her employer. The woman was also contacted by strangers.

"Such was the impact on the victim that she felt compelled to change her address and her contact number," said DPP Kaur, adding that the victim felt physically and mentally threatened.

The man, who represented himself, refuted some of the DPP's points and said he showed strong propensity for reform.

Accusing the prosecution of treating him unfairly, he said he cooperated fully with investigations and had shown remorse.

He also argued that the victim suffered only slight harm to her reputation, and was able to perform daily activities unencumbered.

Highlighting that the compromising photos did not contain nudity, the man told District Judge Peter Lo: "(My offences) were out of character. My wife, despite my extramarital affair, has forgiven me and shown me strong familial support... I promise not to offend again."

The man is appealing his sentence.

For unlawful stalking, he could have been jailed for up to a year and/or fined up to $5,000.