Man who sexually abused GF's 8-year-old daughter gets 12 and a half years' jail, 15 strokes of cane 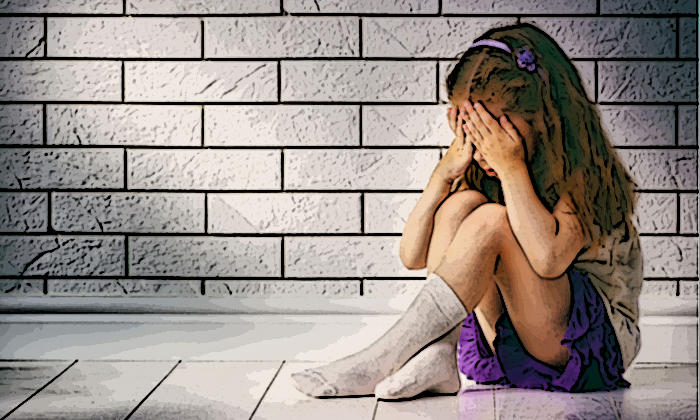 A 34-year-old despatch rider, who sexually abused his live-in girlfriend's eight-year-old daughter at home during the mid-year school holidays in 2014, was sentenced to 12½ years' jail and 15 strokes of the cane on Monday (Aug 20).

The court was told that the offences came to light shortly after the man sexually abused the girl for the third time. She told a neighbour what he had done.  The neighbour recorded their conversation and played it to the mother.

Initially, the 31-year-old mother threw the man out of the home, but relented and took him back after he continued to beg for forgiveness.

It was only in February 2016 that the sex abuse was reported by the girl's grandmother, who took her to make a police report after discovering that the man had hit her granddaughter, leaving a bruise on her head.

The 54-year-old woman was aware of the past sexual abuse when she made the police report and was concerned that such acts could be taking place again.

The girl then told the police that she had been molested and sexually violated several times in 2014.

The man was arrested a few days later.

The parties cannot be named due to a gag order to protect the identity of the victim.

On Monday (Aug 20), the man pleaded guilty to one count each of committing an indecent act with a child, aggravated sexual assault by penetration and outraging the modesty of a minor.

Four other charges were taken into consideration, three of which were related to the sexual abuse in June 2014, and the fourth for slapping and punching the girl in February 2016.

The Ministry of Social and Family Development has investigated an increasing number of child abuse cases between 2015 and 2017, with the most significant increase involving sexual abuse.

The court heard that the man, who is married to another woman, started a relationship with the victim's mother after her marriage broke down.

They moved in together in 2012 and have two children as a result of the relationship. However, the man would regularly stay with his wife.

One day in 2014, when the victim was in her flat during the school holidays, he asked her to massage his legs, then told her to move her hands to his groin.

On another occasion, he told her to perform oral sex on him and also committed other sexual acts on her.

The victim's mother, who was in court with her 11-month-old baby with the accused, submitted a handwritten letter pleading for leniency.

Describing him as a "dutiful, loving responsible father and son", she said she was disappointed and heartbroken when she found out about the "outrageous incident".

But she said that she and the victim have accepted his apology and that her children are "looking forward to be reunited" with him.