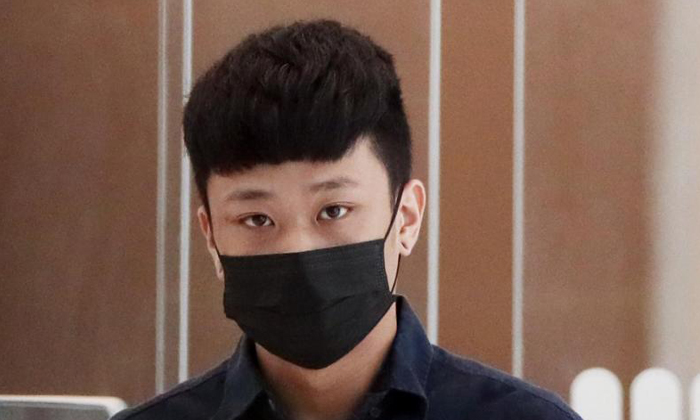 A man who was initially fined $3,500 for punching and kicking his pregnant girlfriend will now be jailed for two weeks instead, after the High Court on Thursday (April 7) allowed an appeal by the prosecution.

In overturning the fine, High Court judge Vincent Hoong said the district judge who sentenced Shawn Tan Jia Jun in October 2021 had erred in failing to consider the sustained and vicious nature of the assault.

Tan, who was then 23, had assaulted his girlfriend in July 2020 as they argued over whether they should keep the baby. His girlfriend was 22 years old at the time.

"A custodial sentence is unquestionably warranted in this case," said Justice Hoong.

He noted that Tan did not merely deliver a one-off blow, but instead engaged in a continuous and persistent assault against the victim, with each strike delivered with the intention to hurt her.

Tan stopped only after his mother intervened, the judge noted.

"His resort to violence was a wholly disproportionate response to the situation," said Justice Hoong.

The judge added that Tan's culpability was further heightened due to the victim's physical and emotional vulnerability, as well as the potential harm to the unborn child.

He added that the district judge was wrong to have concluded that the victim's forgiveness was a mitigating factor.

"Where the custodial threshold has been crossed... the victim's forgiveness cannot, and should not, be accorded such significant weight as to justify the imposition of a fine instead," said Justice Hoong.

After visiting a clinic on July 10, 2020, the couple learnt that the victim was about nine weeks pregnant.

They were advised to decide between proceeding with the pregnancy or having an abortion by July 17 as a delay could cause medical complications.

At Tan's home on July 14, the couple began arguing over what to do about her pregnancy.

During the row, Tan repeatedly punched and kicked the victim in the abdomen and punched her in the face multiple times.

Tan's mother heard the commotion and stopped him from further assaulting the victim.

She was found to have redness and bruises over many parts of her body, and an ultrasound scan showed that the foetus had an active heartbeat.

She was discharged from the hospital the same day.

She later had an abortion.

After the assault, the couple reconciled and planned to get married.

On Thursday, Justice Hoong said: "I hope that he will learn from this unfortunate experience and become a better person, not only for himself but also for the victim whom he is to marry.

"Nonetheless, it is equally important that he is adequately punished for his actions, to serve as a reminder to him and to others in similar situations that the courts will not hesitate to take a firm stance against such acts of violence."