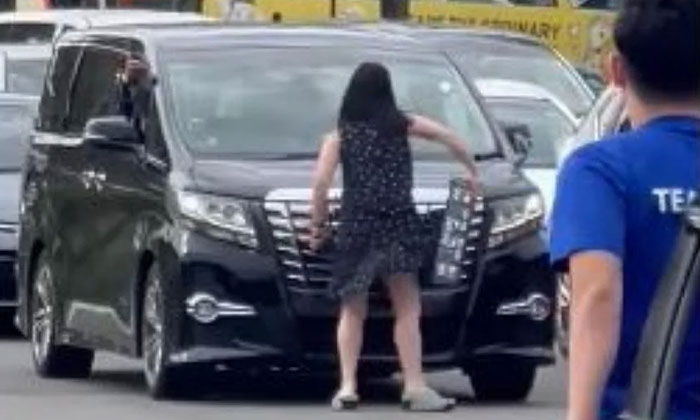 The man who posted a video of a road rage incident during traffic congestion said people should stop harassing the male driver and female passenger of the red Kia in the case.

The Malaysian police are investigating the duo in the red sedan for committing mischief. The Singapore Police Force (SPF) said a separate report has been lodged over the alleged doxxing of the woman and her family.

In the video posted on Saturday (July 9), which has been shared widely on social media, a woman can be seen blocking a black Toyota Alphard from moving while a man gestures at the same car.

Civil servant Muhammed Haziq, 25, who posted the footage taken from the Alphard’s dashboard camera, said the people in the video are being treated unfairly and he feels sorry for them.

He is aware that netizens have pulled up details that they say are about the woman and the driver of the red Kia.

"We are unsure if that is really the woman and if the man is her husband. My family doesn't know if we want to believe what is online.

"But if it is her, I believe that the way she is being treated is unfair to her. I would appreciate if people stop putting up her pictures," said Mr Haziq.

Meanwhile, police in Singapore told The Straits Times that a report has been made for doxxing.

Mr Haziq, whose family members were in the Alphard, said he was not with them at the time.

They were heading to the property they own at Forest City in Johor Bahru.

After Mr Haziq posted the video on Facebook page SG Road Vigilante, netizens dug up personal information about the people they claimed were in the red Kia.

Police said those found guilty of publishing identifiable information about a person with the intention to harass, cause violence or fear of violence to a person can be jailed for up to a year and fined $5,000.

The incident happened on Saturday amid heavy traffic in Tuas Second Link near the Sultan Abu Bakar Customs, Immigration and Quarantine Complex.

Mr Haziq said his father saw a gap in traffic on the right lane, signalled his intention to switch lanes and moved.

A red Kia moved forward and the two cars grazed each other.

"My dad allowed the Kia to move forward before he decided to alight from his vehicle to talk to the Kia driver about a private settlement regarding the damage.

"However, the driver refused to leave his car and instead provoked my dad with vulgar hand signs," said Mr Haziq. 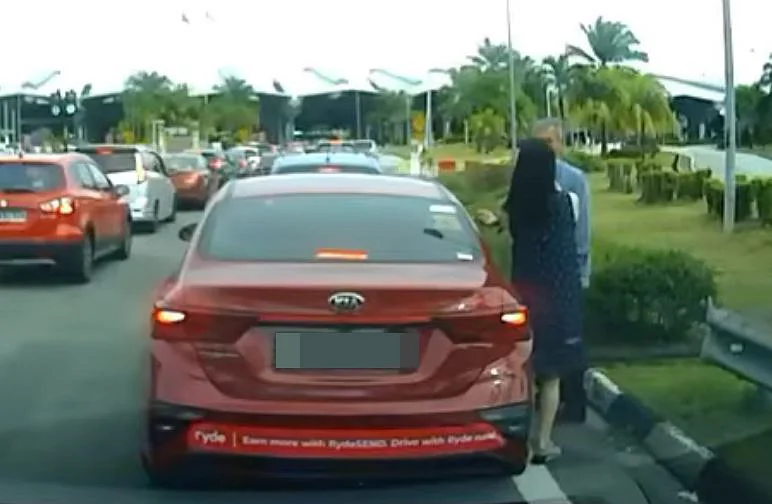 He said his father returned to the car when he realised that there was nothing else he could do.

His father planned to later make a police report in Singapore and Johor Bahru.

But as they were moving off, Mr Haziq said a woman, who was a passenger in the Kia, stood in front of their car.

She then removed the car's number plate and threw it against the Alphard's windscreen. The act was caught by the car's dashboard camera. 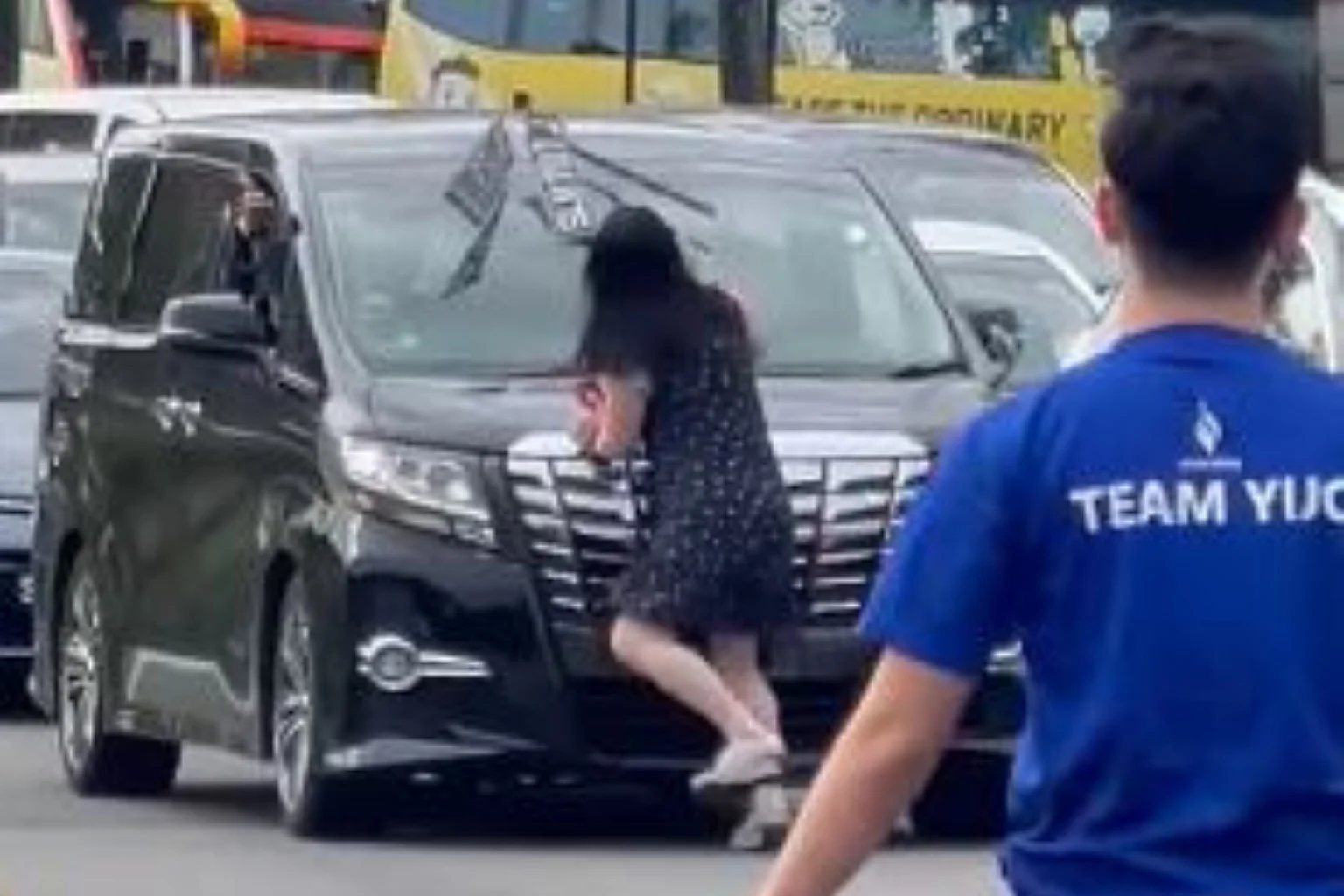 The woman removed the car's number plate and threw it against the Alphard's windscreen. PHOTO: SCREENGRAB FROM OUR SINGAPORE/FACEBOOK

The driver of the Kia, in a blue T-shirt, also directed a gesture at Mr Haziq's father.

But in an interview with Chinese daily Shin Min Daily News, a woman who claimed to be the female passenger, said it was the driver of the Alphard who provoked her son by demanding he step out of the car.

She said the Alphard had repeatedly cut lanes to get ahead, adding that they had been stuck in traffic for about an hour at that point. 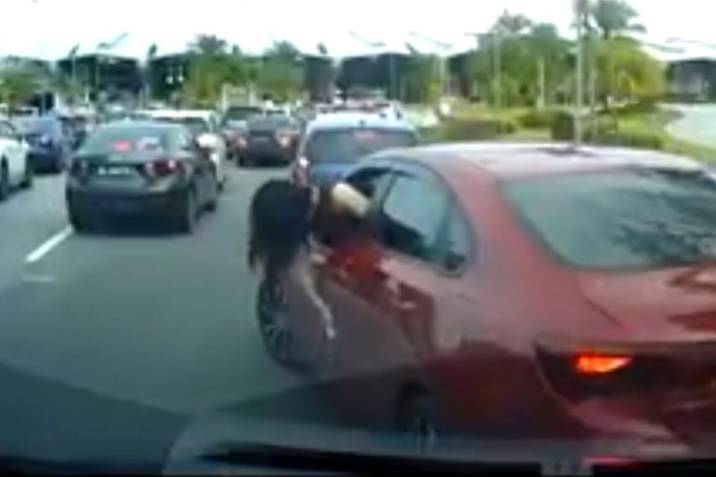 The passenger in the Kia checking on the car. PHOTO: SCREENGRAB FROM OUR SINGAPORE/FACEBOOK

"After I checked the scratches, I didn't think it was serious.

"I wanted to forget about it, but the other party stopped and scolded my son and even provoked him to get out of the car for 'one-on-one'."

"My son ignored him," she said, adding that she had sustained abrasions when the Alphard nudged her while she stood in front of it.

"I was in pain and upset, which was why I was so angry that I plucked out the licence plate and threw it at the car. I later realised that both my legs were bleeding," she added. 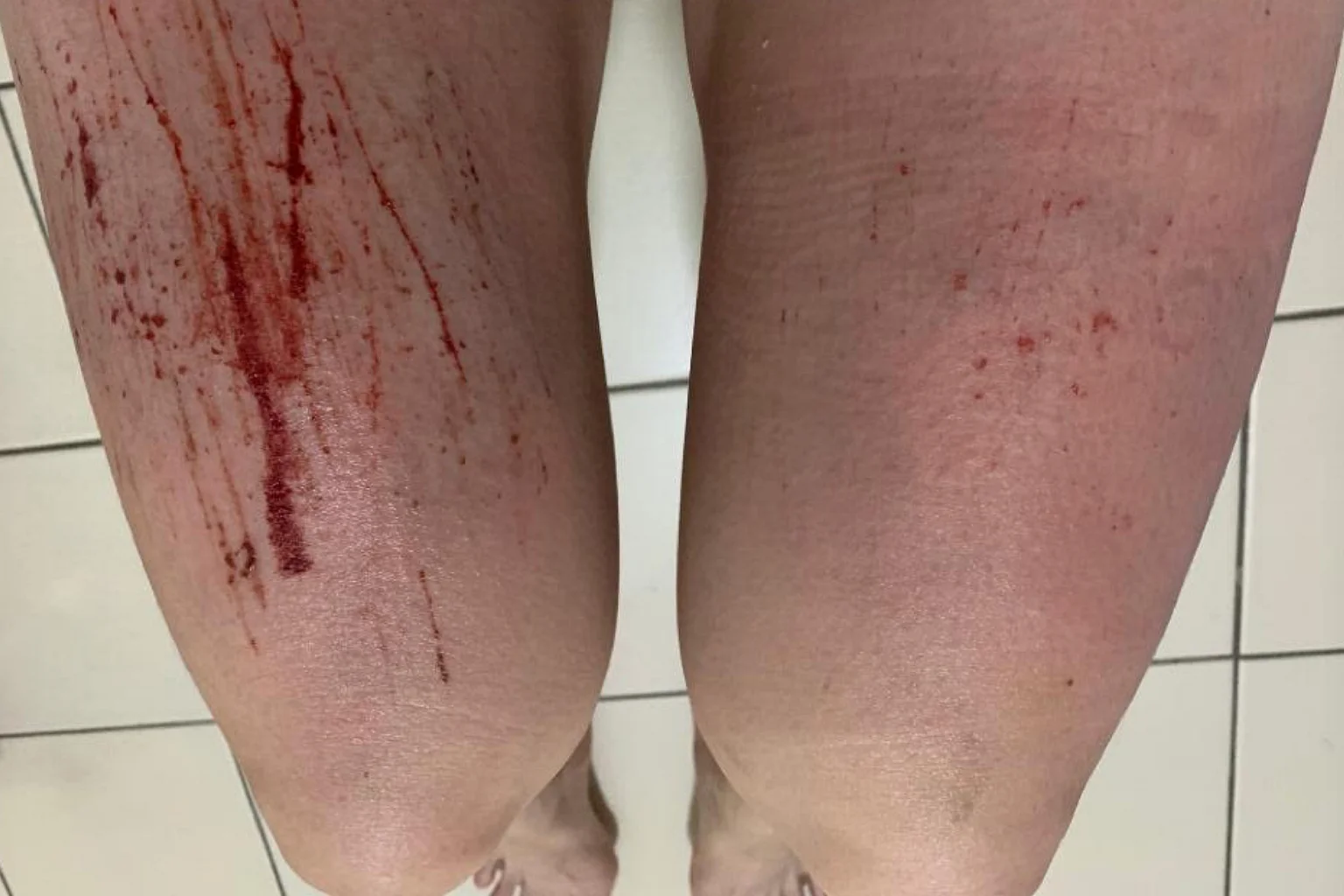 Mr Haziq said he posted the video so people would be careful on the road, and to also show what his family went through.

"Obviously my sisters and mother couldn't handle her and my dad, as a man, couldn't physically touch her...

"I shared the videos so the woman can come forward and settle the matter. 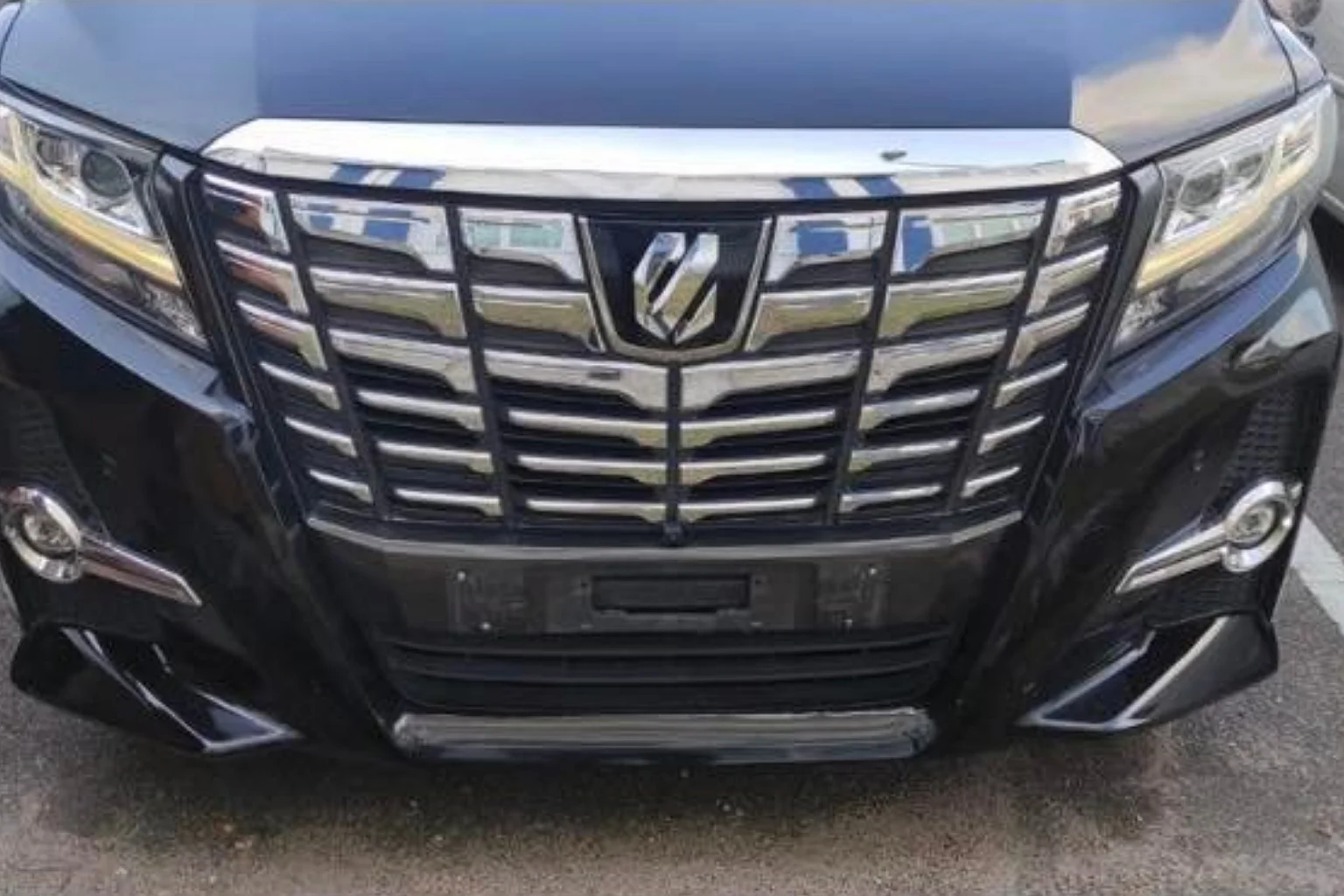 A photo posted by Mr Muhammed Haziq of the Toyota Alphard with its number plate ripped off. PHOTO: MHZQ ZIQ/FACEBOOK

"My father just wants to get his car fixed and wants to claim for the damage that the woman has caused," he added.

The Malaysian police said they have identified suspects who committed mischief near the Sultan Abu Bakar Customs, Immigration and Quarantine Complex in Johor Bahru.

SPF said they will assist their Malaysian counterparts when asked.