Stomp talks to man whose $2,000 tip made waitress cry: "It's not about being rich" 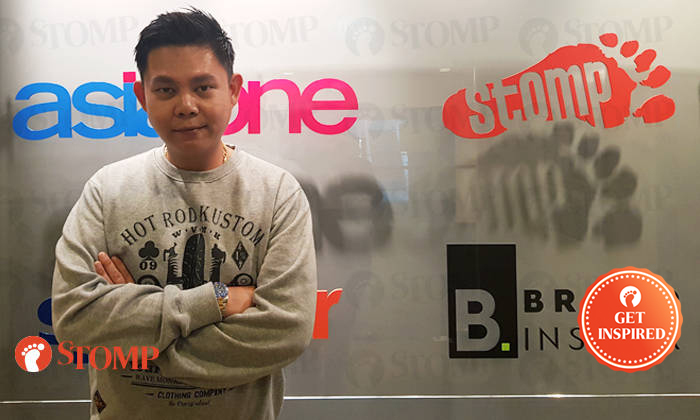 "We have two hands, one is to work hard and the other is to help others."

These words moved Stomper XYW to tears during her night shift at a restaurant recently, and tugged at the heartstrings of netizens after being shared on Stomp.

A single mother of two young kids, Penang-born XYW arrived in Singapore 10 years ago and has struggled to meet ends meet ever since her divorce in 2012.

"My ex-husband, a Singaporean, left me for a woman from China," she told Stomp.

The 37-year-old does odd jobs such as cleaning houses and washing clothes in the day, while her nights are spent toiling away as a full-time employee at a steamboat restaurant in Katong.

XYW, who declined to be identified over fears of losing her job, said: "As I am a Permanent Resident, I have very little subsidies.

"My take-home salary from the restaurant is $700+ while I can earn $50 for every home I clean (about four hours each time). Sometimes, I have to clean up to 20 houses a month."

Despite her hard work, XYW had hit a rough patch as her children's school fees were overdue and she lacked funds.

But a generous $2,000 tip in cash from a regular customer helped her tide over the crisis.

XYW initially thought the extra cash was a "mistake" as the customer's bill was only $66, but broke down in tears upon realising the truth.

Stomp got in touch with the customer, whom XYW identified as Mr Atwell Tay, to find out what inspired his actions.

"I felt that it was something that I had to. My family is also in the F&B business, so I know what a tough industry it can be, having helped my father in the kitchen before. It requires a lot of energy and can be very stressful.

"She (XYW) is also a very hardworking person, and this is a quality that's hard to find in Singapore nowadays. I appreciate and am impressed by people who work hard instead of stretching their hands out to ask for money," said the 32-year-old oil trader.

Mr Tay, who had been accompanied by his wife and eldest daughter (aged nine) at the restaurant, also encouraged XYW to stay strong and continue to give her best.

Mr Tay's love for his family is evident from the way he spoke about them during his exclusive video interview with Stomp.

His main motivation for helping others comes from wanting to be an exemplary role model for his three daughters: "Being humble is a virtue and I want them to see that."

And his moving quote about what our two hands are for? It was a lesson that he derived from his mother when he was 19 years old and had yet to serve his National Service (NS).

Admitting that he went through a rebellious streak during his teenage years, Mr Tay said: "She told me I could do whatever I want, but to always have commitment and consistency, or one would never succeed."

He first made headlines in 2015 after being given a flashy Lotus supercar by his mother for his birthday that year.

But in response to critics who think that his family background allows him to be generous with money, Mr Tay pointed out that lending a helping hand is not about being well-off.

Likewise, XYW had only good things to say about Mr Tay.

She told Stomp, "He visits the restaurant about thrice a week, always in a different car.

"However, I am really touched because he always clears his own plates, telling my colleagues that it's okay and to relax.

"Whenever I serve wealthy people, they are usually very proud. But Mr Tay is humble and always greets us, saying thank you and everything."

Mr Tay, who is also a venture capitalist, revealed that he is no stranger to people taking advantage of his kindness and generosity.

Still, he remains undeterred and wants to act as an inspiration for the younger generation.

When presented with a Stomp Goody Bag, Mr Tay expressed his wishes to donate it to his daughter's school.

"I would like to donate the Goody Bag to someone else because I am not here for the publicity. I'm here because I hope that more people in our generation can work hard."

Watch Stomp's full interview with Mr Tay below or on Facebook.

Related Stories
Single mum working multiple jobs cries after getting $2,000 tip from kind S'porean guy
Heroic Stomper Stone to the rescue again -- this time helping 3 injured riders in accident near JB customs
Man who got back wallet with cash intact after losing it near CCK Road: "Thank you, Singaporeans!"
More About:
inspiring
Stomp Goody Bag