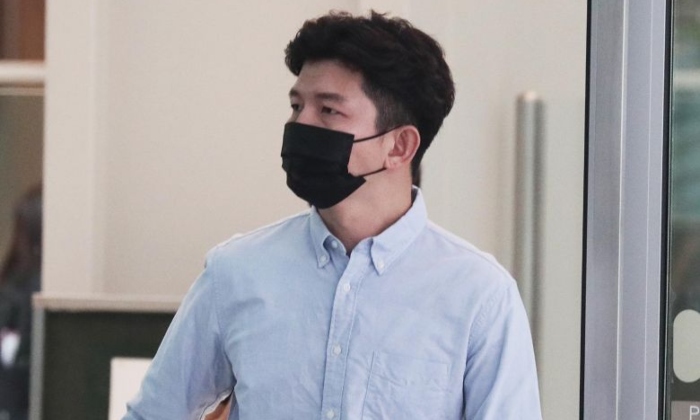 A day of celebrating Hari Raya Puasa for an off-duty police officer and his family was marred after they got into a dispute with a man who hurled a racial insult at him.

Walter Goh Chong Han, 43, was jailed for seven days on Friday (Nov 27) for deliberately wounding the racial feelings of the officer, and using insulting words that caused him distress.

Goh had pleaded guilty to his offences on Thursday.

On June 6 last year, the 51-year-old police officer, who is not named in court documents, and his family went out to do some visiting as it was the second day of Hari Raya Puasa.

Deputy Public Prosecutor Lim Ying Min said the officer heard a horn from behind, but did not know why Goh had sounded his horn and ignored him.

As Goh was unable to overtake the officer's car on the right, he drove to its left, said the DPP. He then stopped and opened his door, causing a dent on the side of the other car.

After getting out of his car, Goh confronted the officer, saying the racial insult.

This offended a member of the officer's family, who engaged in a verbal dispute with Goh that included an exchange of vulgarities.

Goh shouted vulgarities in a mix of English and Hokkien, and also spat on the floor in the direction of the officer's car.

The police was later notified, but Goh drove off before officers arrived at the scene.

Urging the court to sentence Goh to a short jail term, DPP Lim noted on Thursday that Goh's conduct in the entire dispute "clearly shows a lack of remorse".

Pleading for leniency, Goh said that he had intended to pump air into his tyres but the officer's car had blocked his way.

Goh could have been jailed for up to three years or fined, or both, for uttering words with intention to wound the racial feelings of the police officer.

For using insulting words to cause distress to another person, offenders can be jailed for six months or fined up to $5,000, or both.