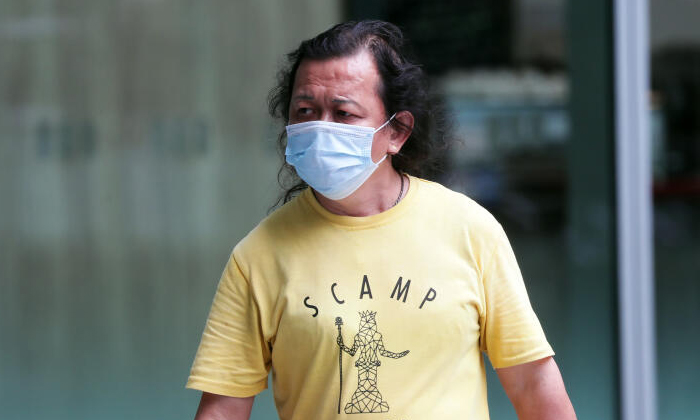 A man hurled profanity-laced insults at Tanjong Pagar GRC MP Joan Pereira when he spotted her during a walkabout session at Bukit Merah View Market and Hawker Centre earlier this year.

The Singaporean will have to spend five days behind bars if he is unable to pay the amount.

Deputy Public Prosecutor (DPP) Samuel Chew said Ms Pereira was at the hawker centre at Block 115 Bukit Merah View around 11am on March 7 when Gan spotted her.

At the time, she was accompanied by Ms Wee Soh Hong, constituency director of the Henderson-Dawson division of Tanjong Pagar GRC.

Gan pointed at Ms Pereira, yelled profanity-laced insults at her and then left the premises. Ms Wee heard the verbal abuse, said the DPP.

Court documents do not disclose who alerted the authorities to Gan's actions, but he was charged in court earlier this year.

Gan, who was unrepresented, told the court on Wednesday that he has been jobless for more than a year.

He also said he was feeling "depressed" and "stressed" when he committed the offence.

Gan added that he had shouted at Ms Pereira as he felt that the MP did not do much to help residents.

Related Stories
Man allegedly shouts vulgarities, resists arrest after failing breathalyser test
Men hurl vulgarities at SDA at Lau Pa Sat, insist group of more than 5 people is ok with 2 tables
Drunk ex-teacher told police that he would 'take them down', said 'you can't arrest me'
More About:
vulgar
court