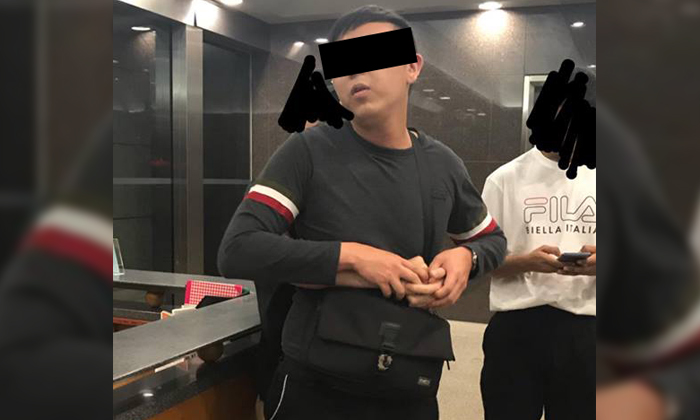 A man who was caught hiding in a female toilet at the NTUC Income building in Tampines, where he allegedly recorded videos of women, will be charged in court on Tuesday (Jan 15).

It was earlier reported by Stomp that the 30-year-old man was arrested on Dec 26 after being caught in the act by a woman, who then posted about the incident on Facebook.

The woman told Stomp that she had been using the toilet at around 1am when she realised that someone was secretly filming her with a phone.

"I shouted 'oi!' damn loudly and I think the man panicked. It was around three seconds before he opened the door and apologised to us," she said.

The man tried to flee but was detained by the woman's friends and subsequently arrested.

In a statement on Tuesday, the police said preliminary investigations revealed that the man is believed to be involved in other similar cases.

He will be charged with criminal trespass and intruding the privacy of a woman.

Offenders found guilty of criminal trespass shall be punished with a jail term of up to three months and/or a fine of up to $1,500.

Those found guilty of intruding the privacy of a woman shall be punished with a jail term of up to one year and/or a fine.