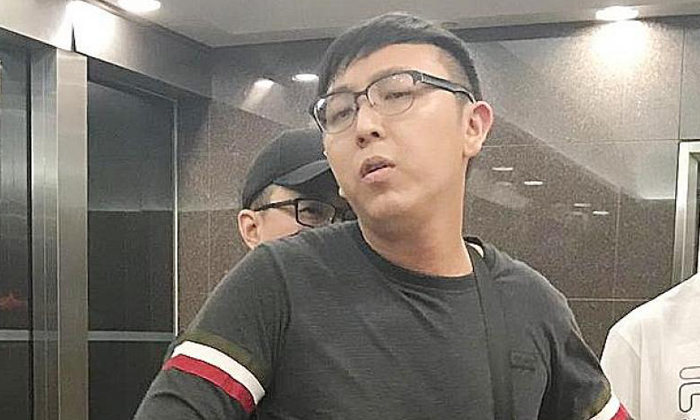 A man who wished victims Merry Christmas after filming them in a toilet last year was jailed 12 weeks on Tuesday.

Bryan Fang Zhongquan, 30, who was still a financial advisor last year, had filmed a total of 14 women relieving themselves.

He had met a friend for a Christmas dinner last year at a bar in the NTUC Income Building at Tampines Junction.

They then had drinks, and after his friend took a bus home, Fang returned to the building. He entered a female toilet in the building just before midnight, hiding in an empty cubicle and locking the door.

When a woman wearing a red dress entered the cubicle next to his, he slipped his iPhone underneath the partition and took a video of her relieving herself.

He did this to six other women before leaving the toilet about 15 minutes later.

About half an hour later, Fang went back into the same toilet and recorded another seven women.

But his last victim, whose face he had captured on video, noticed the phone under the partition. She came out and told her friends.

A short while later, Fang came out of his cubicle and the woman asked for his phone.

He then ran out of the toilet, but was detained at the lift lobby by the victim's male friend. Fang apologised and made the Christmas wishes.

Deputy Public Prosecutor Theong Li Han said on Tuesday that Fang had committed the offences in two batches before being discovered.

In mitigation, defence lawyer Teo Choo Kee said Fang had lost his job and girlfriend after the incident.

He added that Fang was intoxicated when he committed the acts and that he was remorseful, and had suffered online abuse after being charged.

He asked for a sentence of nine weeks instead.

During sentencing, District Judge Adam Nakhoda noted that Fang's case had a greater potential to cause embarrassment compared with other upskirt cases as the victims' faces were captured in the videos.

He also said his attempt to run away after being found out was an aggravating factor.

Fang was convicted on four charges of intruding into a woman's privacy and a charge of criminal trespass.

Another 11 similar charges were taken into consideration during sentencing.

His iPhone X, which was seized by the police, will also be disposed of.

For each charge of intruding into the privacy of a woman, Fang could have been jailed up to a year, or fined, or both.

For each charge of criminal trespass, he could have been jailed up to three months or fined up to $1,500.