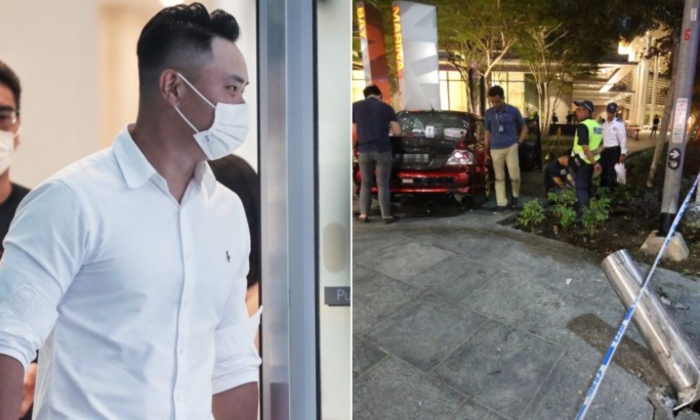 A speeding motorist who ploughed into a group of pedestrians near the Marina Bay Financial Centre when he lost control of his car after overtaking another vehicle was sentenced on Monday (Sept 21) to 15 weeks' jail.

Lim Wei Sheng, 27, drove at speeds of up to 102kmh - twice the legal limit - for about two seconds before the crash that left three pedestrians and his rear passenger injured.

Ms Song now attends psychological counselling for post-traumatic stress disorder and is scheduled to undergo further surgery to reconstruct her right knee ligaments and meniscus next month. Her right knee movement remained limited as at Aug 19.

Besides the jail term, Lim was also disqualified from driving all classes of vehicles for four years on Monday.

The Singaporean pleaded guilty to two counts of causing grievous hurt by driving in a rash manner and admitted to one count of causing hurt to the third pedestrian by rash driving. A fourth charge involving his passenger was considered during sentencing.

District Judge Marvin Bay said: "Given the heedless manner the accused operated his vehicle and the dynamics of the collision which fully penetrated a protective bollard, it is fortuitous that no fatality eventuated in this case.

"In sentencing, there is a clear need to deter impulsive motorists from attempting similar reckless manoeuvres while travelling at high speed." 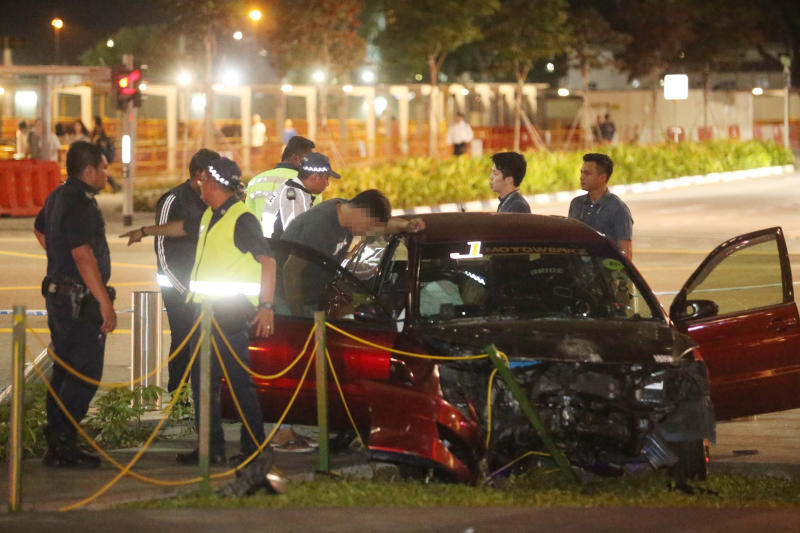 Deputy Public Prosecutor Tan Zhi Hao said Lim was driving in the second lane of the five-lane Central Boulevard towards Cross Street behind a silver car shortly before the accident at around 6pm on April 15 last year.

He then switched to the first lane, which is a right-turn only lane, accelerated and overtook the silver car.

Lim was about to switch back to the second lane when a blue car in that lane tried to make a right turn into Marina Way towards Marina Boulevard.

The court heard that the blue car was in the second lane which allowed vehicles to either go straight or turn right.

Lim tried to avoid hitting it by swerving to the right but he lost control. His car ploughed into pedestrians waiting to cross the road at a traffic light near Marina Bay Financial Centre Tower 3.

The car ran over Ms Yang's left leg while Ms Song was trapped under the front bumper.

All three women were rushed to the Singapore General Hospital.

Lim is out on bail of $10,000 to settle some personal matters. He will surrender himself at the State Courts on Oct 12 to begin serving his jail term.

An offender can be jailed for up to four years and fined up to $10,000 for each count of causing grievous hurt by committing a rash act.