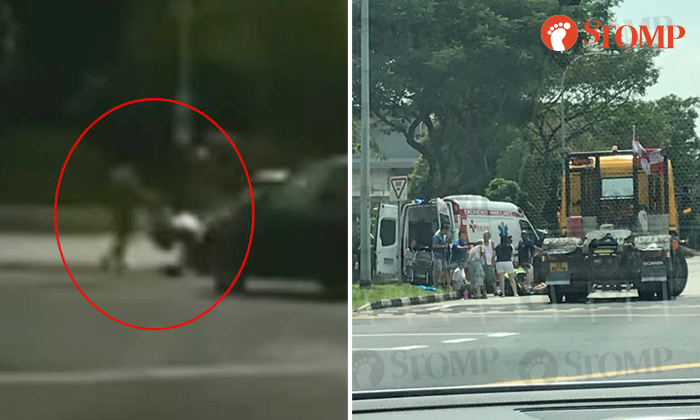 A car driver who knocked down a woman in Woodlands on Dec 10 last year was sentenced to four weeks in jail and disqualified from driving all classes of vehicles for five years.

Technician and part-time Grab driver Mohammad Noor Jubri, 56, and his wife had been on their way to visit their daughter at about 12.49pm that day.

However, he did not see that the green man was still flashing and collided into Chinese national Ma Changhua, 55.

Stomper AJ earlier reported seeing "a lot of blood" at the scene.

A video published by Lianhe Wanbao showed how the retiree was pushing an empty pram across the road when the car struck her.

Mdm Ma's daughter had been a few steps behind her, carrying her six-month-old son.

The victim was unconscious when taken to Khoo Teck Puat Hospital and subsequently succumbed to her injuries at 4.07pm.

An inspection of the rental car driven by Noor showed no evidence to suggest possible mechanical failure that may have contributed to the accident.

For causing death by a negligent act, Noor could have been jailed for up to two years and fined.