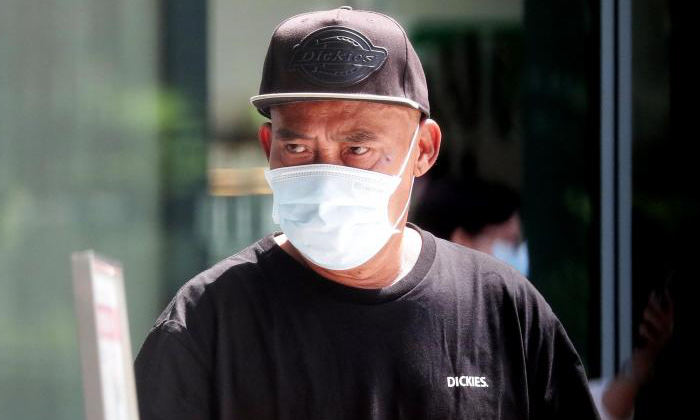 A pest control technician who had a cough for around three weeks was suspected to have Covid-19 and was told to take a swab test and remain at home.

But he continued to work, as he did not want to forfeit a $100 monthly work incentive, and visited multiple locations and had lunch with colleagues.

On Tuesday (Jan 18), A. Rahim M. Taha, 59, pleaded guilty to a single charge of flouting Covid-19 rules and was jailed for five weeks.

The court heard that the Singaporean worked as a pest control technician with Verminator and was a team supervisor.

He often drove with two other colleagues to locations in the east of Singapore to conduct vector control services like the inspection of rodent and mosquito infestations.

Rahim earned around $1,500 each month and would receive an extra $100 as an incentive for being punctual for work and not taking emergency or medical leave throughout the month.

On Oct 5, 2020, he visited Yishun Polyclinic after he had a cough for three weeks.

Rahim initially agreed to an X-ray and a Covid-19 swab test but changed his mind after he was told he would be given medical leave while awaiting the test results.

"Upon hearing this, (Rahim told the nurse) that he no longer wished to be swabbed, as he did not want to be given any medical leave because he wanted to go to work," said Deputy Public Prosecutor Zhou Yang.

The doctor explained to Rahim that he had symptoms of upper respiratory tract infection and was required by law to undergo a Covid-19 swab test and to be put on a three-day medical leave while awaiting his results.

Rahim told the doctor he did not mind if he was reported to the authorities, and later left the clinic after collecting his medication, prompting the doctor to report the case to the Ministry of Health (MOH).

"Although it was unknown if (Rahim) was Covid-19 positive, as he had left Yishun Polyclinic before a swab test could be administered, (he) had reason to suspect that he was a carrier of Covid-19," said DPP Zhou.

Rahim continued to work the next day and provided pest control services to at least four locations despite MOH staff calling him in the morning to remind him to stay at home.

When they called him again in the afternoon, he lied that he was home.

Around 2pm in Geylang Road, his colleague noticed him coughing badly and urged Rahim to go home in order to avoid infecting others in case he had the virus.

"He potentially exposed the public to the virus and engaged in a high-risk activity by having lunch with his colleagues in the van," said DPP Zhou, who asked the judge to sentence Rahim to six to eight weeks' jail.

"His reason for wanting to work is not urgent; he wanted the additional $100 allowance," he added.

In his mitigation plea, Rahim asked for a lighter sentence, as he had two children to care for and he needed to go to the hospital for a list of health conditions, including chronic illnesses.

For putting others at risk of disease, he could have been sentenced to a maximum of six months' jail and fined $10,000.