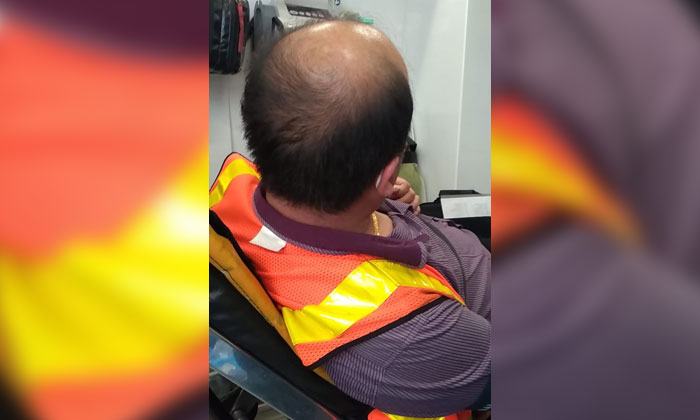 An SBS bus passenger flew into a rage and repeatedly punched the driver who had told him to wear a mask.

The jobless Singaporean, who appeared in a district court via video-link, was also fined $1,000 for failing to wear a mask - an offence under the Covid-19 (Temporary Measures) Act.

Mr Low, who is a Malaysian, was driving SBS service 21 along Pasir Ris Drive 1 at around 2.45pm on Sept 15 when he pulled up at a bus stop and Ja'afally boarded the bus without wearing a mask.

He became angry when Mr Low advised him to don one.

Deputy Public Prosecutor Andrew Low said: "The accused became agitated and went to the front of the bus to confront the victim... The victim tried to calm the accused down but to no avail.

"The victim decided to keep quiet and move off, while the accused ranted and pointed aggressively at the victim."

Ja'afally continued to berate the driver and shoved his shoulders.

Unable to continue with the journey, Mr Low opened the bus doors for passengers to alight at around 2.55pm.

Ja'afally then took Mr Low's sunglasses and flung them on the floor.

The DPP told District Judge Christopher Goh: "The accused then continued to confront the victim, who remained quiet all this while. At about 2.58 pm, the accused grabbed the victim's vest near to his neck and continued behaving aggressively towards the victim.

"The victim tried to resist and managed to pull away the accused's left hand that was holding onto the victim's vest... The accused punched the victim multiple times in his face and the back of his head."

The court heard that Ja'afally stopped attacking the driver only when witnesses intervened. They moved Ja'afally out of the bus and restrained him until police arrived at the scene.

An ambulance took Mr Low to Changi General Hospital and he was given three days of outpatient medical leave.

For assault, Ja'afally could have been jailed for up to three years and fined up to $5,000.