Alleged lingerie-sniffer who uploaded photos on Instagram remanded at IMH 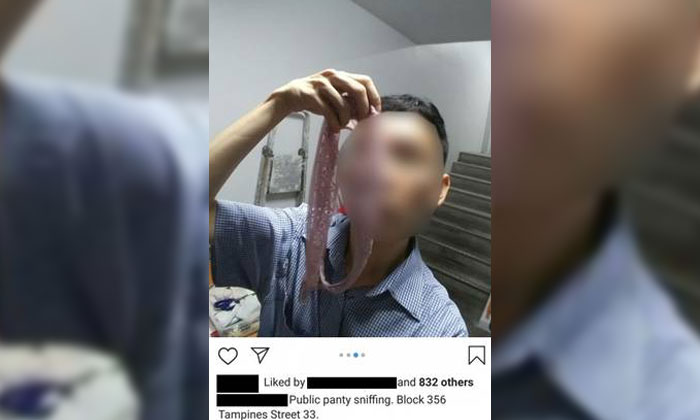 A man, who allegedly uploaded on Instagram pictures of himself sniffing female undergarments, is facing a public nuisance charge and has been remanded at the Institute of Mental Health for psychiatric observation.

On Wednesday (Sept 4), Lim Wei Ming, who is unrepresented, told District Judge Adam Nakhoda: "I've realised my mistake. Because of my mistake, my mum suffers a lot."

He is accused of causing annoyance to others by uploading pictures of himself sniffing lingerie and performing "lewd acts" at 9.20pm in Choa Chu Kang on Aug 15.

The photos started circulating online later that night and police arrested Lim the next day.

In an earlier statement, police said that officers had received several reports about the alleged offences.

The offending Instagram posts have since been taken down.

Lim will be back in court on Sept 25.

Offenders convicted of being a public nuisance can be fined up to $1,000.