Man who allegedly stole $35,000 worth of jewellery from Choa Chu Kang shop arrested 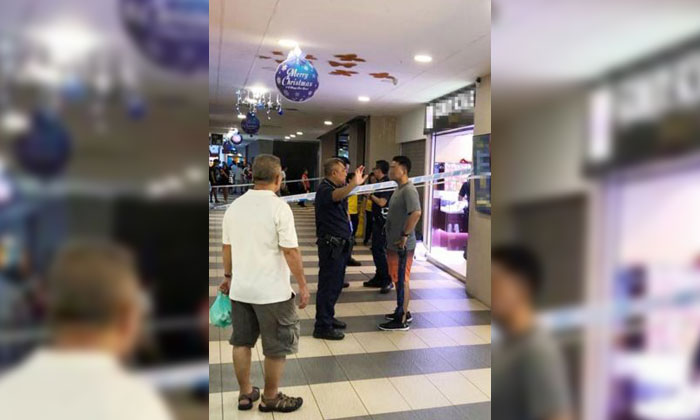 A 23-year-old man was arrested on Monday (Dec 17) for his suspected involvement in a case of theft-in-dwelling at a jewellery shop in Yew Tee on Saturday (Dec 15).

The man had allegedly stolen an estimated $35,000 worth of jewellery from a shop located at Block 624 Choa Chu Kang Street 62.

The police said in a statement that officers from Jurong Police Division established the identity of the man through investigations and information received from a member of the public.

On Sunday, The Straits Times reported that a young man had walked into Gold Scale Jewels at Yew Tee Square and asked to view different pieces of jewellery.

He walked in and out of the shop several times and took photos of the pieces, asking if he could get a discount on some of the jewellery on display.

At one point, he told the store assistant he would come back with his girlfriend.

During one of his visits, he allegedly took advantage of the crowd in the store and the sales assistant being distracted to grab the jewellery he had earlier asked to examine and flee.

An employee from a neighbouring store told Chinese Daily Lianhe Wanbao that four staff were present when the incident happened.

She said two of the staff chased the young man after he fled but were unable to catch him.

ST understands that the man made off with $35,886 worth of jewellery, including three necklaces and one pendant.

The man is expected to be charged in court today (Dec 19) with theft-in-dwelling.

If convicted, he may be jailed for up to seven years and/or fined.

Deputy Assistant Commissioner of Police Julius Lim, who is Deputy Commander of Jurong Police Division, said, "This case illustrates the close partnership between the police and the community in fighting crime.

"When the police and the community pull together as one, we can make our neighbourhoods a safer place to live, work and play."