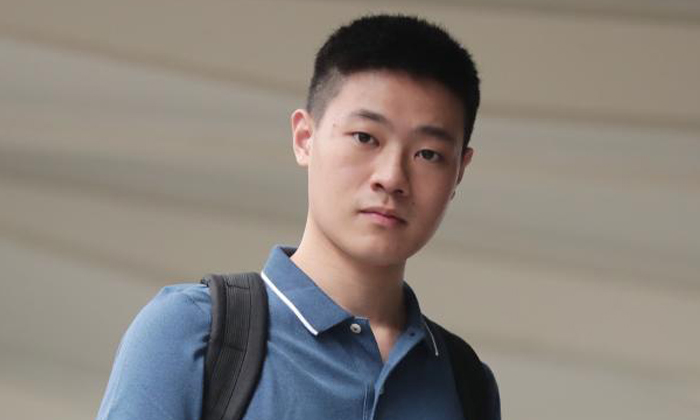 A 22-year-old man appeared in court on Monday after he allegedly defaulted on his national service (NS) obligations.

Jonathan Lee Han Wen, a Singapore citizen by birth, is said to have remained outside the Republic for more than three years after his exit permit expired.

Court documents did not state where he was living or when he returned here but he is currently a full-time national serviceman.

He was charged with five offences under the Enlistment Act.

He is also accused of failing to comply with a "further reporting order" to report for pre-enlistment documentation and a medical screening between Sept 19, 2014, and Jan 2, 2017.

Lee is also said to have remained outside Singapore without a valid exit permit on two occasions and failed to report for enlistment into full-time NS on another occasion.

In an earlier statement, the Ministry of Defence said it takes a firm stance against those who commit offences under the Enlistment Act.

Its spokesman added: "All male Singapore citizens and permanent residents have a duty to serve NS.

"If we allow Singapore citizens or PRs (permanent residents) who are overseas to evade NS or to choose when they want to serve NS, we are not being fair to the vast majority of our national servicemen who serve their country dutifully, and the institution of NS will be undermined."

Lee, who is represented by lawyer Ashwin Ganapathy, is now out on bail of $10,000.

Offenders convicted of remaining outside Singapore without a valid exit permit can be jailed for up to three years and fined up to $10,000 for each charge.