Man who abandoned BMW after 2 accidents suffers fit during arrest, found with drugs 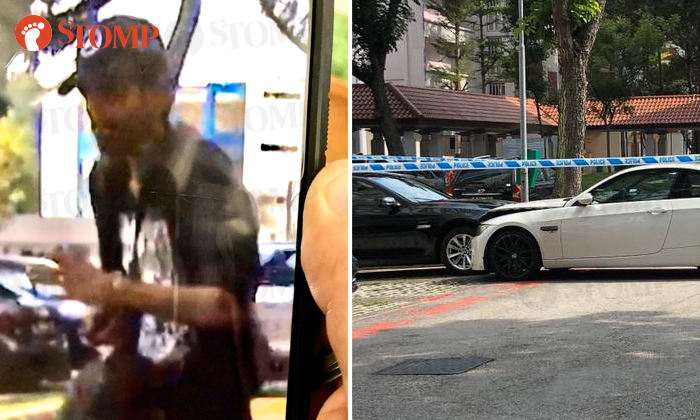 A man who abandoned his BMW, which was found to have been displaying a false licence plate, following two hit-and-run accidents has been arrested.

The BMW driver had hit a taxi along Geylang Bahru Road and later on, collided with another parked car at St George’s Road on Nov 6.

He was also caught on camera running away from a Land Transport Authority (LTA) officer after ditching his BMW.

Several backpacks and an electric scooter were reportedly found in the boot of the BMW.

In a joint statement on Saturday (Nov 9), the police and Central Narcotics Bureau said a 37-year-old man has been arrested for his suspected involvement in the two hit-and-run accidents and suspected drug trafficking.

Through ground enquiries and with the aid of images from CCTV, officers from the Central Police Division and the Central Narcotics Bureau established the man's identity and nabbed him along Sing Joo Walk Nov 8.

According to Lianhe Wanbao, the suspect had been on the run for 58 hours.

"Substances suspected to be controlled drugs were found on the man and during a subsequent search at a residential unit along Sing Joo Walk," added the police.

The man suffered a fit during the arrest and an ambulance was activated immediately to convey him to the Changi General Hospital.

His condition has since stabilised.

The man was charged at Changi General Hospital on Nov 9 with trafficking in Class A controlled drugs and investigations are ongoing.