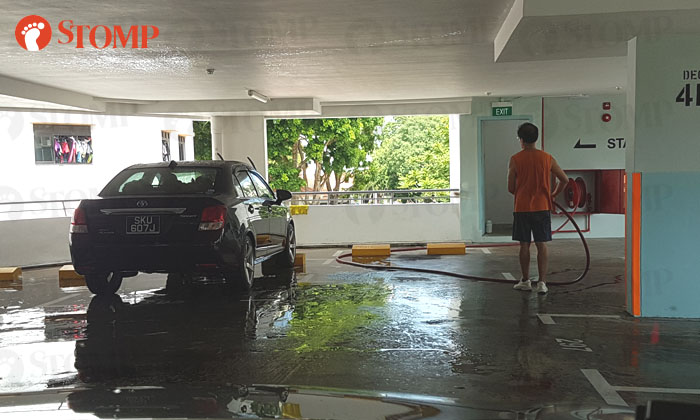 A Stomper was at the multi-storey carpark of Block 772A Bedok Reservoir View at about 10am yesterday (Aug 26) when he saw a man washing his car with a hose reel.

The Stomper, whose car was "right beside" this vehicle, said that this was "ridiculous". He then shifted his car before taking photos of the incident.

He said: "I caught this 'SKU607J' washing his car using a fire hose reel.

"I was walking to my car that was right beside his car and at first, I thought that cleaners were washing the carpark, but it's not.

"The floor was totally wet and my car was wet as well, and I just cleaned it.

"This is ridiculous because he was not supposed to do that. When I told him he can't, he just looked blankly at me and continued what he was doing.

"In my 19 years of staying here, this was my first time seeing someone doing this."