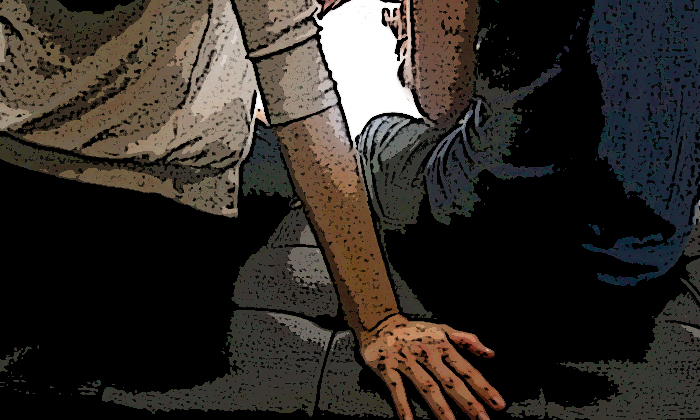 A 49-year-old technician, who used various means to force three of his daughter's friends to perform oral sex on him on four separate occasions, was sentenced to 20 years' jail and 16 strokes of the cane on Monday (March 4).

Once, the man acted as if he was possessed, frightening one of the 14-year-olds into complying with his demands. He even pretended to return to normal afterwards and asked her what had happened.

He drugged another girl by giving her sleeping pills before demanding oral sex, but she managed to escape from his clutches.

However, he gave her so much Nitrazepam - four times the usual dose for an adult - that she had to be hospitalised for three days for an overdose.

The man, described as a "dangerous sex predator" by High Court judge Hoo Sheau Peng, cannot be named to protect the identities of the victims, who are now 16.

He pleaded guilty to two charges of sexual assault by penetration, one charge of causing hurt by means of poison, and one charge of molestation.

Six other charges - including one for slapping and punching his daughter and one for threatening to fracture her face and limbs - were taken into consideration.

The court heard that the man's daughter and the three girls were mutual friends from primary school and spent a lot of time at the family's flat. His wife worked the night shift and would return home only in the morning.

Out of the four times he demanded oral sex, he succeeded twice in getting what he wanted - from the same girl.

One night in September 2016, the girl, who lived in the same block, went to the flat to get some instant noodles, but only the man was at home.

After she collected the items, he told her there was "something" outside and told her not to leave yet.

When she wanted to go home, he suddenly pretended to be spiritually possessed by performing silat moves and speaking in a deep voice. He took off his clothes and told the girl that she had to perform oral sex on him if she wanted him to become normal again.

Out of fear, she did as she was told.

In July 2017, the girl was at the flat with the man's daughter, who fell asleep.

The man then took the victim out on his e-bicycle, and on the way back, he asked her for oral sex at a multi-storey carpark. She started crying and refused, but eventually complied after he held her neck and threatened to punch her.

He preyed on the second girl in October 2016, when she was staying at his flat after running away from home.

After his daughter left for school, he touched the girl's breast and demanded that she satisfy him, telling her that she was staying at his place for free.

The girl took refuge in the toilet and sent text messages for help. Two teachers later escorted her out of the flat.

In the early hours of Aug 17, 2017, the man became angry when he found out that his daughter, the first victim and another girl had used his e-bike without permission.

After speaking to his daughter at the staircase landing, he told her to summon either of her friends there.

The third girl went to meet the man after his daughter assured her that she would seek help.

At the staircase landing, the man told his third victim to take four sleeping pills and asked her to smoke a cigarette. When she became dizzy, he told her to perform oral sex on him.

The girl managed to walk away and, together with the first victim, hurried to the latter's flat, where they locked themselves in until the police arrived.

Pointing to the man's use of deception, threats of violence and even a hypnotic drug, Deputy Public Prosecutor James Chew said such predatory conduct must be strongly deterred to adequately protect young girls.