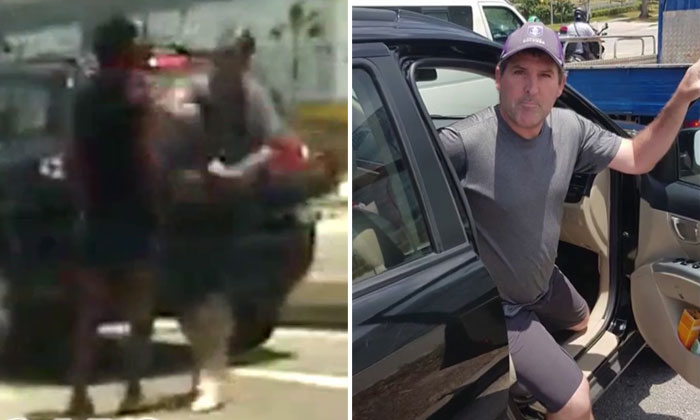 The police told Stomp that they are investigating a 54-year-old man after he punched a driver at the junction of Jurong West Avenue 2 and Corporation Road on Aug 31.

A video of the incident was posted on ROADS.sg's Facebook page and has been viewed over 200,000 times.

In the video, a black Hyundai is seen changing lanes before stopping at a red traffic light.

The driver of a yellow Suzuki is seen getting out of his vehicle and walking towards the Hyundai to confront the other driver.

The Hyundai driver then takes a swing at the Suzuki driver before returning to his car.

The Suzuki driver does not retaliate but returns to his car to take what appears to be a phone and starts taking images of the Hyundai.

The Suzuki driver, who identified himself as Vinod Kumar, shared his own video with ROADS.sg of images he took of the Hyundai driver.

He wrote: "This guy was trying to cut my lane and I honk back.

"He called me out and within 2 secs the swing happened.

"No point retaliating and showing my kids to do the wrong thing."

In response to a Stomp query, the police confirmed a report was lodged and said they are investigating the 54-year-old man for his suspected involvement in a case of road rage.