Man unconscious after getting hit by car at Ghim Moh junction, driver arrested 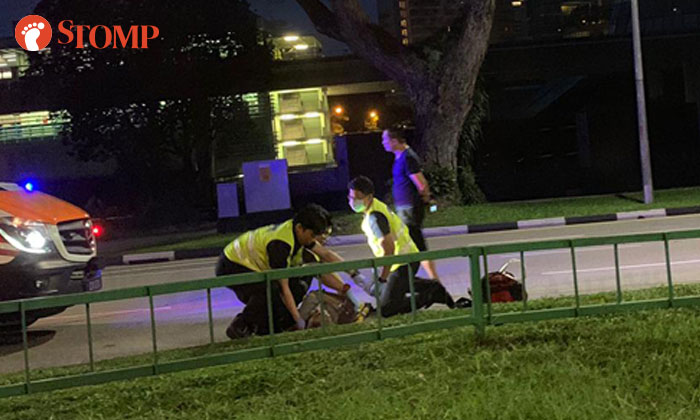 A 78-year-old man was taken to hospital after he was knocked down by a car at the junction of Commonwealth Avenue West and Ghim Moh Road on Friday morning (Nov 9).

The 44-year-old male driver was arrested in relation to the case.

Stomper James alerted Stomp to the incident and shared photos he took at the scene at around 6.10am.

In the photos, the victim is seen lying on the road and being attended to by paramedics.

In response to a Stomp media query, the police said they were alerted to the incident at about 6.04am.

The pedestrian was unconscious when he was taken to National University Hospital.

Stomp understands the man was using the pedestrian crossing when he got hit.

The driver was making a right turn when he saw the pedestrian but was unable to stop in time to avoid a collision.