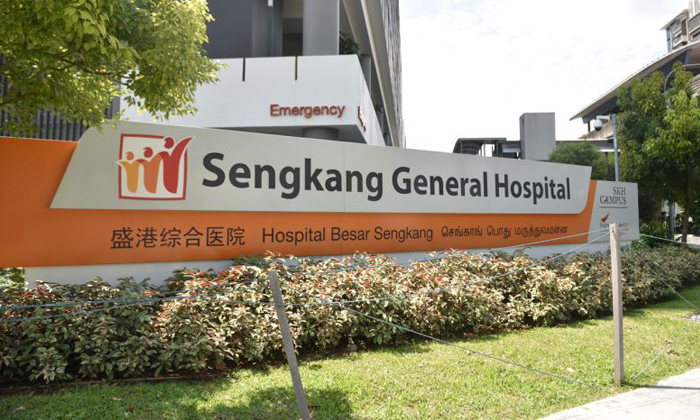 A 26-year-old Singaporean man has been charged in court on Wednesday (Feb 12) after he was arrested for punching and kicking police officers at Sengkang General Hospital on Tuesday.

The man, Brandon Soh Yong Le, was charged with voluntarily causing hurt to deter a public servant from carrying out his duty and for hurling vulgarities at a police officer.

Soh was remanded at the Institute of Mental Health for psychiatric observation and the case has been adjourned to Feb 26.

In a statement earlier on Wednesday, the police said that Soh was undergoing a medical examination at the hospital when he turned hostile towards medical staff at about 6am on Tuesday.

"An auxiliary police officer (APO) deployed at the hospital was called in for assistance. The man turned on the APO and punched him in his right eye, causing a cut," the police added.

The hospital called the police for assistance, but when the police arrived, the man hurled profanities at the officers and punched and kicked them.

The man was then arrested for assaulting and abusing the police officers and the APO.

For voluntarily causing hurt to deter a public servant from discharging his duties under the Penal Code, he could be jailed for up to seven years, and could be fined or caned.

For insulting a public servant under the Protection from Harassment Act, he could be fined up to $5,000 or jailed for not more than a year, or both.

The police said they will not tolerate any physical or verbal abuse of public servants or public service workers, and will take strong action against perpetrators.

"As Singapore deals with the 2019 novel coronavirus, our healthcare workers and front-line responders are working tirelessly, to provide care to the ill and protect Singapore. In doing so, they are putting their own health at risk," the police said.

"Not only must they be able to do their jobs free from abuse, but they deserve our highest respect and our strongest support and encouragement."