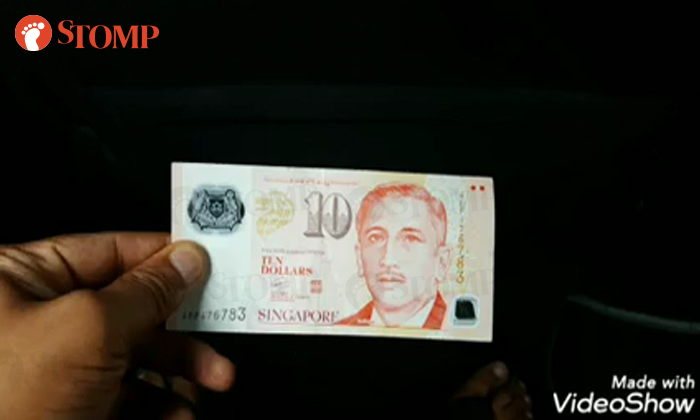 A man decided to give a scammer a taste of his own medicine by pretending to fall for his ruse.

Stomper SinghIsKing said he received a WhatsApp call from someone claiming to be from DBS Bank on Feb 13, at 12.51pm.

The call was from a foreign number starting with +92, the country code for Pakistan.

SinghIsKing, who is sharing the incident now after returning from a holiday, said: "The caller claimed to be from DBS Bank and said my account had been suspended."

Aware that this was a scam, he decided to play along and started recording the conversation.

(The Stomper edited the audio call into a video. Vulgarities have been censored by Stomp.)

During the call, SinghIsKing can be heard dramatically exclaiming, "Oh my god! What am I supposed to do now?" after being told that there were issues with his bank account.

The caller replied, "We are going to update your accounts," and asked for personal information.

Undaunted, SinghIsKing proceeds to weave a long tale about his family history and how he was born in "the land of the river flowing of Singapore".

Sniggering can be heard in the background, but the caller does not appear to notice.

After asking for SinghIsKing's passport number or "Singapore ID", the caller also asks if the Stomper does online banking and requests for his username.

SinghIsKing replies, "Sappidonttrytoscamme," which he spells out before asking the caller, "Can you read the whole thing?"

The caller gives no indication about whether "sappi don't try to scam me" is an odd username or if he senses anything amiss by this time.

Instead, he goes on to ask for SinghIsKing's password.

The Stomper spells out "c***head" and the caller, finally realising that he has been tricked, starts to hurl vulgarities.

SinghIsKing told Stomp: "On a more serious note, if older people were to encounter such calls, they might divulge their personal info and get their entire savings wiped out in a second by these ruthless scammers."

Unfortunately, not everyone is as well-informed as SinghIsKing about these scams.

Stomp earlier reported on two separate cases where a 38-year-old woman lost her lifelong savings of almost $60,000 and a 60-year-old widow who had her life savings of $54,000 wiped out in similar scams.

In both instances, both victims had received Viber calls informing them that their DBS accounts were being hacked.

Related Stories
Another woman scammed of almost $60k after getting Viber call from 'police from DBS'
Widow left with $99 after life savings of over $54k wiped out in Viber scam, police investigating
Stomper trolls scammer offering $50k prize from 'Changi iShop' until he spews vulgarities
More About:
scam
Dbs
funny
troll