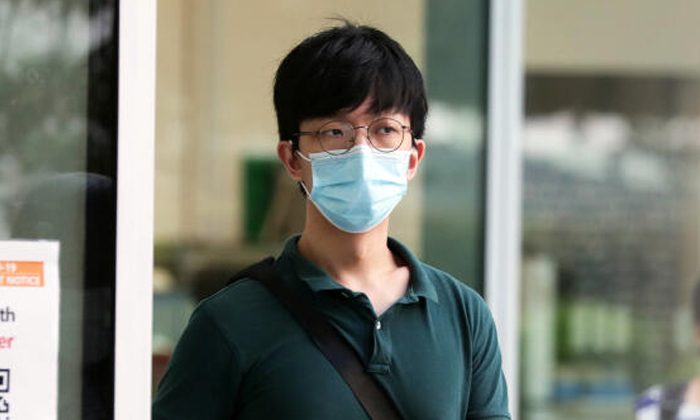 A software engineer has been jailed for four weeks after he filmed another man performing a sexual act alone in a toilet at the Defence Science and Technology Agency (DSTA) building in Depot Road.

Tan Xuan Yi, 27, who took 11 obscene clips of the man, pleaded guilty in a district court on Friday (May 28) to one charge under the Films Act.

The court heard that on Nov 4, 2019, at 1.24pm, Tan was sitting in a cubicle in the male toilet on the second floor of the DSTA building when he heard the victim entering the next cubicle.

Tan heard what he believed to be the victim performing a sexual act and decided to record a video of the victim, for his own sexual gratification, said Deputy Public Prosecutor Andre Chong.

Tan held his mobile phone under the bottom gap of the cubicle divider, and recorded 11 video clips, each four to 14 seconds long. Each of the clips captured the victim's exposed private parts.

The victim did not notice he was being recorded.

Three other similar charges were taken into consideration for his sentencing. One of these charges involved Tan attempting to record another man in a toilet at DSTA four days later.

For making obscene films while knowing them to be obscene, Tan could have been fined between $20,000 and $40,000, jailed for up to two years, or both.