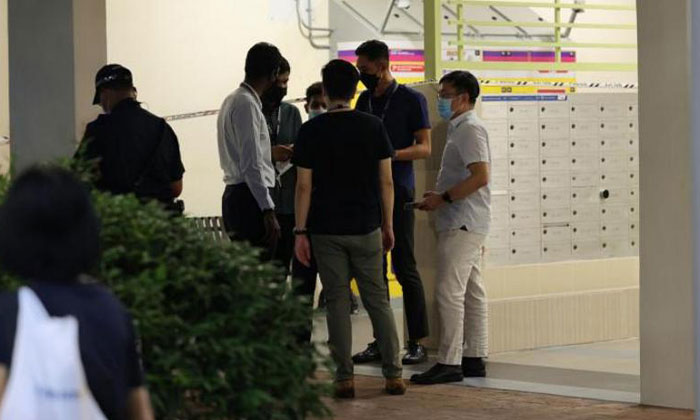 A 33-year-old man who allegedly injured others with a razor blade will be charged by the police with voluntarily causing hurt by dangerous weapons or means.

The police received multiple calls at about 6.20pm on Monday (March 14) about a man attacking some passers-by with a razor blade at Block 59 Strathmore Avenue.

Preliminary investigations show that the man claimed to have heard voices in his head telling him to attack people.

The police said that the man has past records with the Institute of Mental Health, and is also "traced for consumption of controlled drugs".

He injured two people before he was arrested, police said in a news release late on Monday night.

The razor blade was seized as a case exhibit and investigations are ongoing.

The man will be charged in court on Wednesday with the offence of voluntarily causing hurt by dangerous weapons or means.

Police noted that there is no indication that this incident is related to an earlier one near Buangkok Square Mall, where a man was seen swinging a sword and stopping oncoming traffic.

Dear Residents, This evening, the police had arrested a 33-year-old man for allegedly injuring two people with a razor...