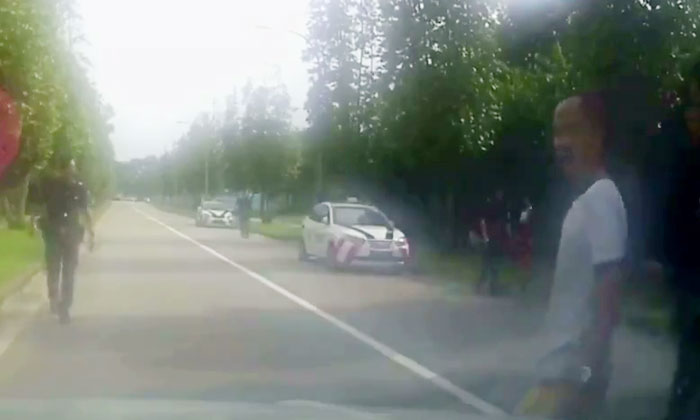 A 35-year-old man made headlines when a video caught him sprinting towards a car before throwing himself onto it.

Facebook user Terry Loo Peng had stopped his car metres away when he saw the man approaching but was shocked when he continued to run before jumping on his car.

He then lay on the bonnet as if he was badly injured.

To add insult to injury, the man demanded compensation from Terry but thankfully, Terry had a dashboard camera and the man stopped asking for money when Terry pointed to it.

The man, who was believed to be drunk, was subsequently arrested by the police for rash act.

A full video of the incident was posted online yesterday (Jun 12).

In the new video, the man is seen repeatedly punching the bonnet of the car and pointing and shouting at the driver in a threatening manner.

He then starts shoving and shouting at someone outside the video frame before police officers arrive at the scene.