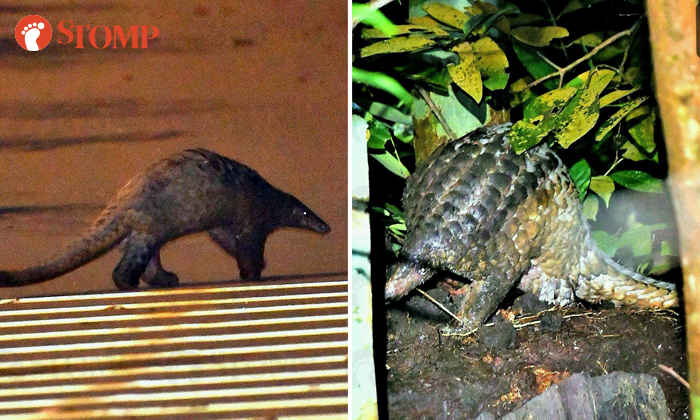 Armed with outdoor gear and photography equipment, a man went in search of exotic wildlife on Saturday night (July 11).

Stomper John Lee's efforts proved to be fruitful as he was rewarded with not one but two sightings of rare creatures.

John, who is the founder of Wildlife Asia (Singapore), declined to share the location to avoid crowds from seeking the animals out. 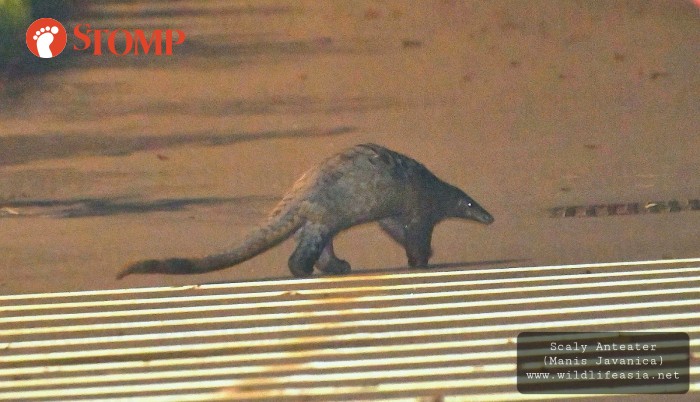 Recounting his adventure, John told Stomp: "It was a day of double bonanza for me.

"I set foot out on a Saturday night in search of wildlife of Singapore with all my photography set-up (camera, lenses etc) and I must say that I was immensely pleased to be rewarded with two sightings of wildlife.

"The first sighting was the elusive wild Asian Palm Civet (Paradoxurus musangus) Cat, sighted right at the beginning of my nature trip.

"However, what shocked and surprised me was my second sighting. It was none other than the critically endangered Sunda Pangolin (Manis javanica), also known as the Scaly Anteater.

"To my surprise, the pangolin unexpectedly appeared right in front of my path at 4am.

"It ventured out from the forest, walked through a road and a walking path, and went back into the thick forest where it disappeared deep inside.

"The Sunda Pangolin is listed on the Red List of Threatened Species as a Critically Endangered Animal under the International Union for Conservation of Nature (IUCN).

"It is the world’s most widely trafficked animal, and it's fortunate that Singapore offers this rare critically endangered mammal a refuge and a stronghold in a highly urbanised Singapore.

"The Sunda Pangolin is mainly threatened by the illegal wildlife trade. However, it was found that roadkill rather than illegal poachers took away the bulk of their lives in Singapore." 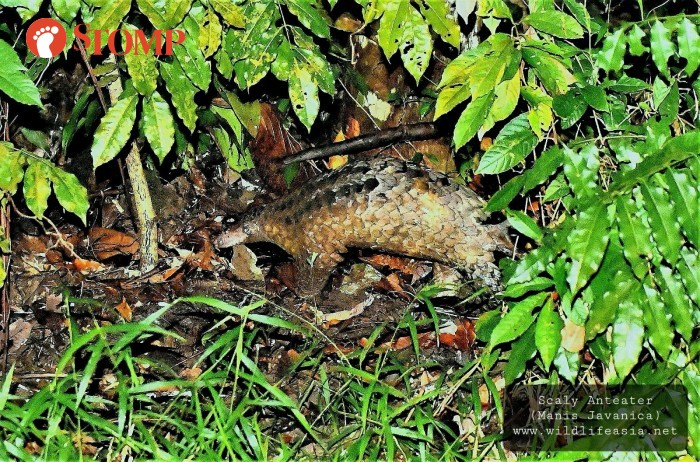 According to CNN, around 10,000 pangolins are trafficked illegally each year.

Its scales are in high demand in Asia for use in traditional Chinese medicine, despite there being no medical benefit for their use, while its meat is considered a delicacy in some countries, reported the BBC.