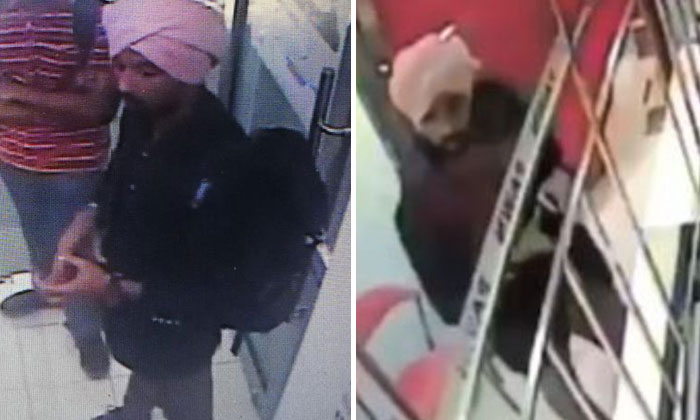 A man threatened to blow up a pawnshop in Boon Lay after failing to rob the establishment with a knife and a replica gun.

The police are looking for the suspect for his alleged involvement in the failed robbery attempt that took place on late Saturday afternoon (July 28).

In a statement by the Singapore Police Force (SF) on its Facebook page, it said that the suspect first entered the shop at around 4.30pm, where he allegedly threatened the staff with his knife and an object believed to be a replica gun.

The suspect then asked the employees to hand over cash and jewellery but his demands were refused.

His demands not met, the suspect allegedly told the employees that he would blow up the shop with an object which he claimed was an explosive device.

He then threw the object on the counter and ran without taking any items.

The employees immediately threw the item out from the shop and called the police.

Upon inspection, the police determined that the “explosive device” only contained some electrical component. There were no reported injuries.

The failed robbery attempt caused an exit at Boon Lay MRT station to be closed temporarily as police inspected the “explosive device”.

An area between the MRT station and Jurong Point shopping mall, which is located nearby, was also cordoned off by the police at about 5pm.

During this time, police officers directed human traffic away and MRT staff also prevented people from going into the station.

After establishing that the object was not dangerous, the exit was then reopened and the cordon lifted at 6pm.

The police said that during this time, train operations were not affected.

In its Facebook post, the police also shared footage from the shop’s closed-circuit televisions (CCTV), adding that the suspect was 1.75m tall.

He was last seen in a pink turban, navy jacket, and a pair of brown pants.

Stomper David who was in the vicinity at around 6.09pm told Stomp about he was unaware of what was happening at first, but later found out from another passer-by that there had been a robbery at a pawnshop near the MRT station.

A reader told The Straits Times that he was on an East-West Line (EWL) train at around 5pm.

According to the reader, the train skipped Boon Lay station and headed directly for Joo Koon station instead.

The police are investigating the incident which has been classified under Section 4(A) of the Arms Offences Act, which includes the use of an arm to commit or attempt to commit said offence, regardless whether the offender harboured intention to cause physical injury or damage to property.

Offenders under the act can be sentenced to hang.

Anyone with information is requested to call the Police Hotline at 1800-255-0000 or submit information online at www.police.gov.sg/iwitness. All information will be kept strictly confidential.