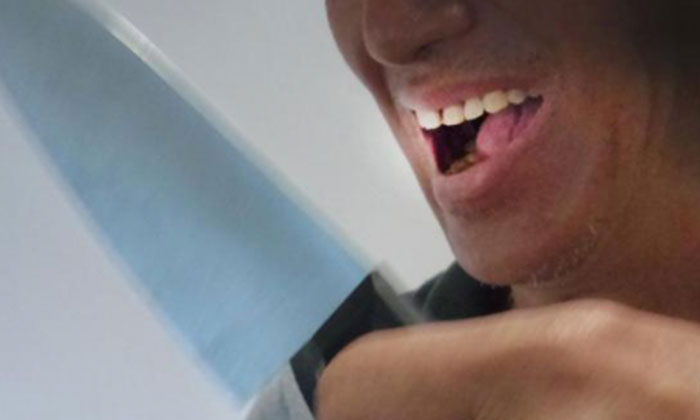 A woman claimed that she was tired of being repeatedly put down by her cohabiting boyfriend’s mother, and asked for a breakup.

She and her boyfriend reportedly came to an agreement for her to receive $30,000 as compensation, but he supposedly refused to honour the agreement and even threatened her with a knife.

The 20-year-old woman told Shin Min Daily News that she and her 30-year-old boyfriend first met in 2016.

Half a year later, the two officially started dating and stayed together in a condominium unit at Pasir Ris.

She recalled that her boyfriend was gentle and treated her well, with the two getting on amicably.

However, the relationship became strained after he introduced her to his mother.

She said: "His mother doted on him a lot, and he was also very obedient to her. However, she just didn't like me, and would often send humiliating text messages to my mother.

"This gradually caused a problem in our relationship.”

The woman claimed that she and her boyfriend would get into fights each time after he talked with his mother.

Perhaps it was due to the stress, she revealed that he would even slap himself sometimes or bang his head against the wall.

"On Jan 1, 2018, we had an argument, and he grabbed a fruit knife, threatening to cut his own wrist. Luckily I seized the knife from him. I didn't call the police as no one was hurt."

However, she could not put up with his mother’s constant humiliation and finally asked for a break up at the end of March this year.

The woman claimed that she and her boyfriend came to an agreement; that he would give her $30,000 as compensation for the psychological trauma she had suffered.

She added: "He later regretted and refused to give me the money.

"When I brought up the matter again, he suddenly ran into the kitchen and grabbed a 20cm-long knife. I ran into my room and locked myself in."

The woman said that her boyfriend tried breaking down the door and even tried entering the room via the balcony.

Horrified, she called the police.

Said the woman: "I hid in the room and cried. After he saw that I was calling the police, he quickly placed the knife back in the kitchen."

She also added that police officers placed her boyfriend in handcuffs and led him away.

In response to media queries, a police spokesman said that a 30-year-old man was arrested for his alleged involvement in a case of criminal intimidation.