Man threatened ex-GF with knife after she refused to have sex, forcibly undressed her and filmed video 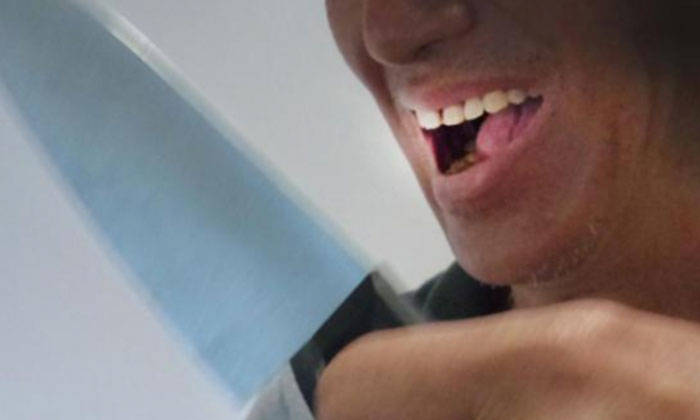 A self-employed man asked his former girlfriend to have sex with him six days after they broke up and, when she refused, threatened her with a foldable knife.

The terrified woman, 25, refused to give in to his demands but agreed to follow him back to her home, the court heard.

He then forcibly removed her dress and, without her consent, recorded a video of her clad only in her undergarments.

The 31-year-old man, who runs a freelance manpower agency, pleaded guilty in court on Thursday (March 7) to one count each of assault, criminal intimidation, insulting a woman's modesty and harassment. He cannot be named due to a gag order to protect the victim's identity.

The court heard that the pair dated for more than four years before splitting up on April 18 last year.

Six days later, the man went to his former girlfriend's home and entered using a spare key which she had given to him earlier. He waited in her bedroom and slapped her when she returned at around 2am.

After that, he pulled her out of the unit and they took a lift down to the void deck where he pushed the woman towards her car, causing her to fall down and suffer abrasions on both knees.

Deputy Public Prosecutor Daryl Wong said: "When they reached the car, the accused told the victim that they could either see a doctor... or she could go home to have sex with him.

"The victim refused to have sex with him and did not want to enter the car, so the accused took out a foldable knife from his motorcycle. The victim saw the knife and went to sit in the car."

The pair returned to her home at around 2.40am after buying some medication, and the man asked his former girlfriend to undress.

When she refused, he placed the weapon near her chest, causing her to fear for her life.

The man then undressed the woman before recording a video of her.

After recording the clip, she told him to leave her home, but he left only later that morning.

On April 26 last year, the man sent her text messages, asking her to call him. He also said that he would send the video to her father if she did not comply.

The offender went to the woman's flat again the next day and a verbal dispute broke out between the pair when she refused to let him in.

One of her neighbours alerted the police and officers soon arrived to arrest him. The man will be sentenced on March 27.