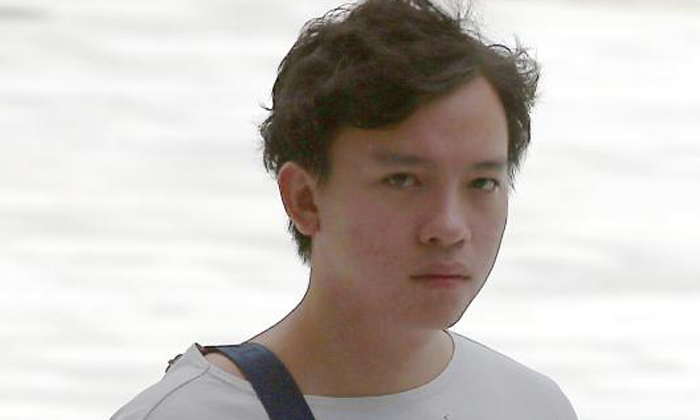 A 22-year-old man had a personal protection order (PPO) taken out against him by his adoptive mother, but that did not stop him from threatening her with a knife when she refused to give him $5,000.

Fearing for her life, the victim pretended to accede to Loh Soon Fatt's request to mortgage her flat to get the money and then alerted the police.

Loh was sentenced to a year and four weeks' jail on Wednesday (Oct 6).

The latest incident was the third time Loh had breached the PPO issued against him in March 2016.

Last year, he harassed his 58-year-old adoptive mother while she was trying to sleep, and in another incident, he kicked her when she refused to give him money to get a driver's licence.

He was subsequently sentenced to a two-week detention order, which entails being detained in prison but with no criminal record.

On Wednesday, Loh pleaded guilty to one count of criminal intimidation and another of breaching the PPO.

He was also convicted on two counts of abusing methamphetamine.

Another three drug-related charges were taken into consideration for sentencing.

On Feb 7 this year, the victim was in her flat in Bedok North when Loh barged in with his fists clenched demanding $5,000 to pay his bills.

He threatened to kill her when she told him that she did not have the money as she "doesn't earn a lot".

Loh then told her to mortgage her flat, which the victim pretended to consent to as she was afraid that he would hurt her.

She then made a police report.

It is unclear if Loh was under the influence of drugs when he made the threat to his mother.

Seeking a jail term of a year and four to six weeks, Deputy Public Prosecutor Lai Yan said Loh was "undeterred" given that he had breached the PPO yet again.

The maximum penalty for the second or subsequent conviction of breaching a PPO is a fine of up to $5,000 and a one-year jail term.

For criminal intimidation, Loh could have been jailed for up to two years and fined.