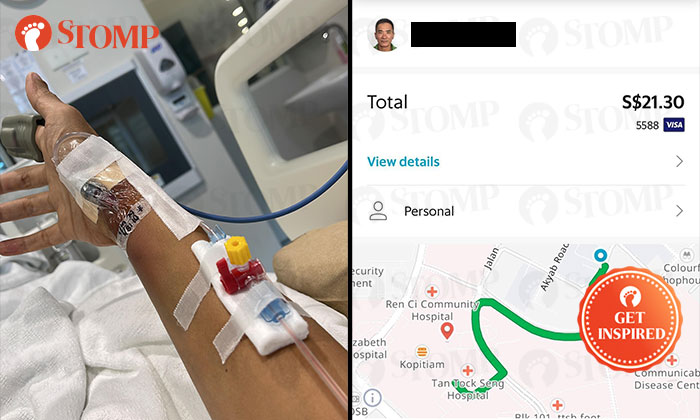 A man shared that if not for a kind Grab driver who rushed him to hospital, he would be dead.

Stomper Wei Ern told Stomp that he had difficulty breathing last Thursday night (Mar 17) and booked a Grab to take him to Tan Tock Seng Hospital (TTSH) from Balestier.

"On my way to the hospital, I told the driver that I had difficulty breathing because of my asthma and sought his help to approach a healthcare frontliner once we reached," he said.

"I still recall he straight away ran to the counter asking for help once we arrived at TTSH."

Wei Ern later learned that he had suffered from respiratory failure.

After healthcare workers put an endotracheal tube in his lung, he remembered a doctor asking him who they could call before he lost consciousness.

"I want to give thanks to this Grab driver,