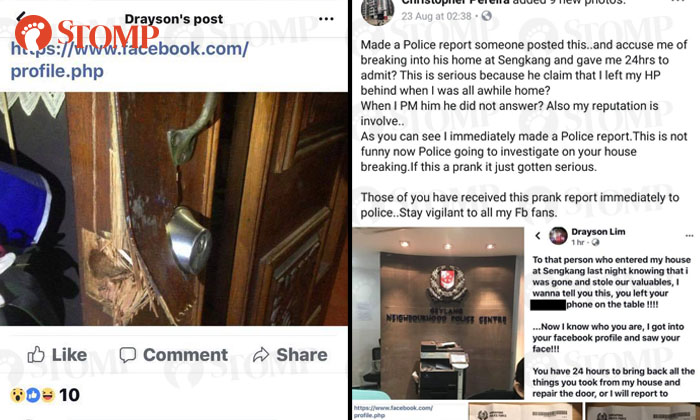 Christopher Pereira, 60, told Stomp his reasons for making a police report after falling for a "housebreaking" prank on Facebook.

The prank had led him to believe that he was involved in a case of "housebreaking" and that he had "24 hours to bring back all the things" or else a police report will be lodged. It then ends with a link of the Facebook profile of the "culprit".

Unbeknown to Christopher, the link leads to the Facebook profile of whoever who clicks on the link.

According to his Facebook post, he said that it's "not funny", and now the police will be "investigating on your housebreaking".

This led to some netizens criticising him for not being able to "take a joke", although several others said they would "have made a police report too". 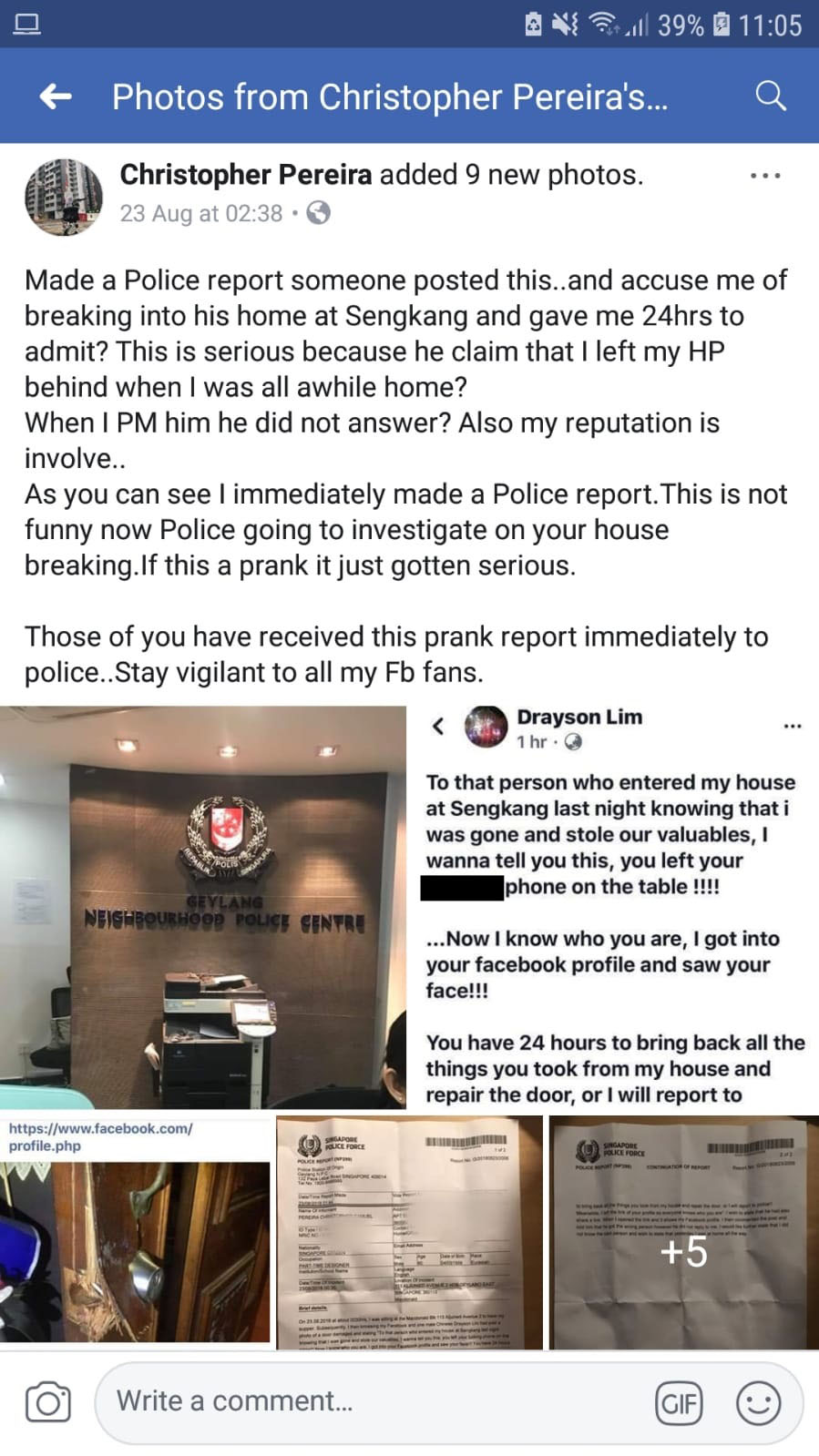 A Stomper had alerted Stomp to Christopher's post on Facebook, whom Stomp later got in touch with for further information.

Christopher, a freelance artist who makes Lee Kuan Yew figurines, told Stomp that he "wants to clear this up as he really had no idea that it was a prank".

"I obviously did not know it was a prank then, so when I clicked on it and saw that it was my profile, I was really worried. Because of my job, I was worried about my reputation. What if people really thought that I had broken into someone's house? That's why I made a police report.

"Now I know that this prank has started since a long time ago but it is a youngsters' joke. I'm already 60 years old, I did not know of such a thing. I asked my friends as well, who are between 35 and 40 years old, but they also did not know."

Christopher said that after the fiasco, he has been getting threats online.

"My business was affected because netizens were attacking me. They called me names like retard, fu****, and fa****, and I don't get it. People think that I did this for fame but really I did not know that it was a prank, as I'm not computer-savvy.

In response to a Stomp query, the police confirmed that a report was lodged and the complainant was advised on his legal recourse.