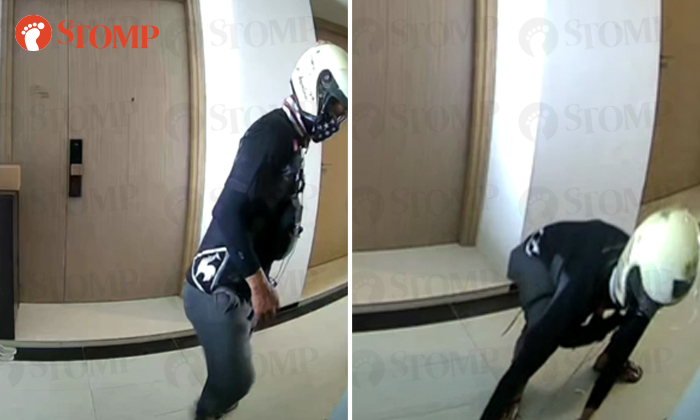 Police are investigating an incident in which a man was caught on camera taking a pair of shoes from a resident's doorstep at High Park Residences condominium.

A Stomper, who shared CCTV footage of the incident, said it occurred at 25 Fernvale Road on 3 February, at 4.25pm.

In the video, a man can be seen loitering outside the Stomper's flat and looking at the doorstep multiple times.

He then removes his own right shoe and appears to try on the Stomper's footwear.

Moments later, the man bends down to pick up a pair of shoes before leaving.

According to the Stomper, the man had taken a pair of Crocs sandals.

The Stomper said: "I made a police report but it's been more than one month with no progress, so I hope to catch this guy using social media."