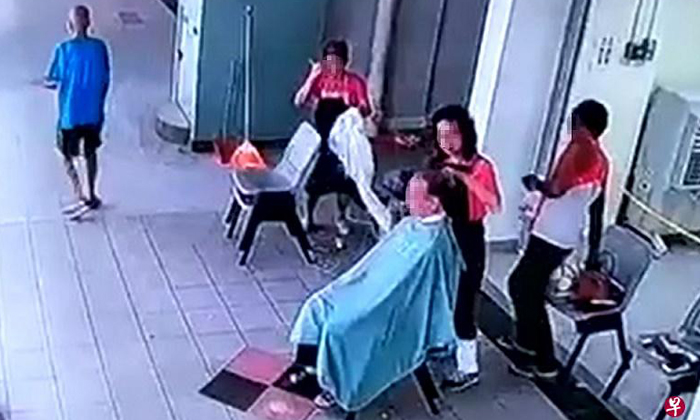 A 71-year-old woman who was giving haircuts to the elderly at a voluntary work organisation had her Oppo phone stolen by a man in broad daylight.

According to Shin Min Daily News, the incident occurred at the Peace-Connect Seniors Activity Centre in North Bridge Road on Aug 11, at around 10am.

Ms Shen, a volunteer at the organisation, said she had been giving an elderly man a haircut when she noticed a young man in his 20s loitering around and behaving suspiciously.

"That day, he asked me to cut his hair twice. However, as the activity was meant for senior citizens only, I rejected him flat-out. Nevertheless, he remained at the scene," she added.

Ms Shen also shared that she had been concentrating on performing her task and therefore did not realise that her phone had been stolen until half an hour later when she wanted to call her daughter.

She then made a police report as well as requested for her telco to terminate her phone service, before asking the activity centre's person-in-charge to check the CCTV footage.

When Ms Shen was shown the footage the following Monday, she realised that the culprit was none other than the young man.

The video showed the man speaking to other people outside the activity centre while walking around. It is believed that he was observing his surroundings.

He then entered the activity centre, but ran into a woman.

When Ms Shen turned away from her handbag, the man hurriedly exited from the activity centre, went behind her back and took the phone from her bag.

Ms Shen said her phone was a Oppo N3 that she had been using for two years and which had a retail price of $849.