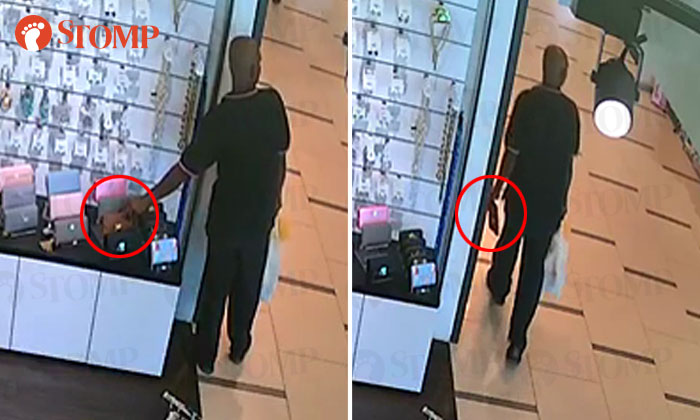 A man was caught on camera taking a wallet from a store at Paya Lebar Square yesterday (Nov 8) at around 3pm.

Stomper Raymond, a co-owner of the shop, shared surveillance footage with Stomp where the man was caught in the act.

The man was walking past the store, located on level 1, when he reached in and took a brown wallet from a display without actually stepping inside.

He then walked away without looking back.

According to Raymond, the store's salesgirl was attending to a customer near the dressing room when the incident happened.

She only realised later in the evening that the wallet was missing.

"That's when we reviewed the security footage to see what happened," said the Stomper.

Raymond said that the wallet cost $18.

"We hope that this video can serve as a warning to other shop owners in the mall to look out for this man," he said.