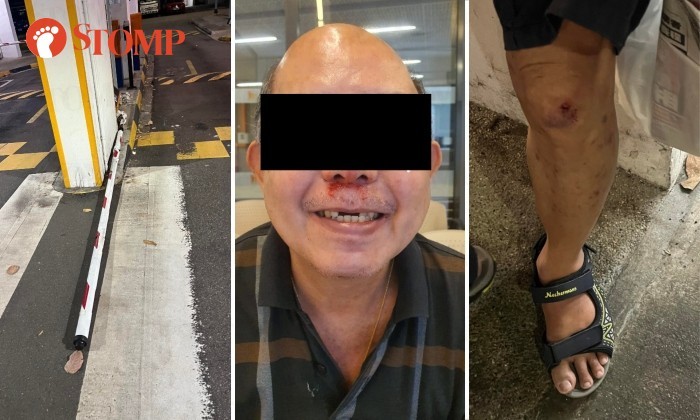 A man fell after tripping over a fallen carpark barrier while using a pedestrian crossing at the entrance of a carpark.

Stomper Grace, who witnessed the man's fall, said he broke his front teeth and his nose was bleeding.

Photos that the Stomper shared showed the man also had injuries on his knees, right arm and hand. 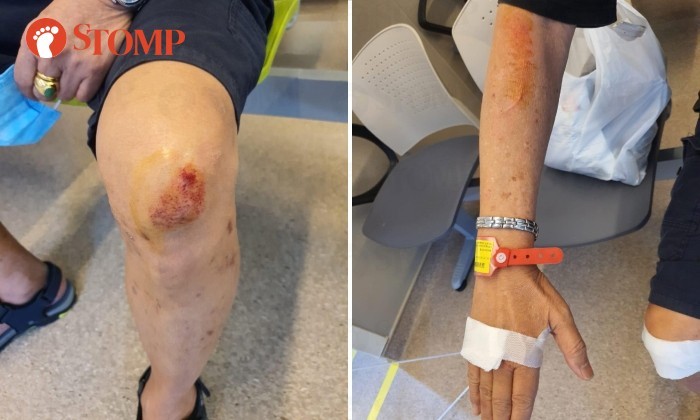 She said: "I saw the old uncle trip and fall while crossing the zebra crossing with a knocked-down carpark barrier.

"I was driving into the carpark when it happened. My hubby alighted to render assistance. It was a really bad fall.

"I called the carpark hotline and they said they knew someone had knocked the barrier down earlier."

It appeared that the fallen barrier was then moved from blocking the road but was placed in a manner that caused an obstruction at the pedestrian crossing. 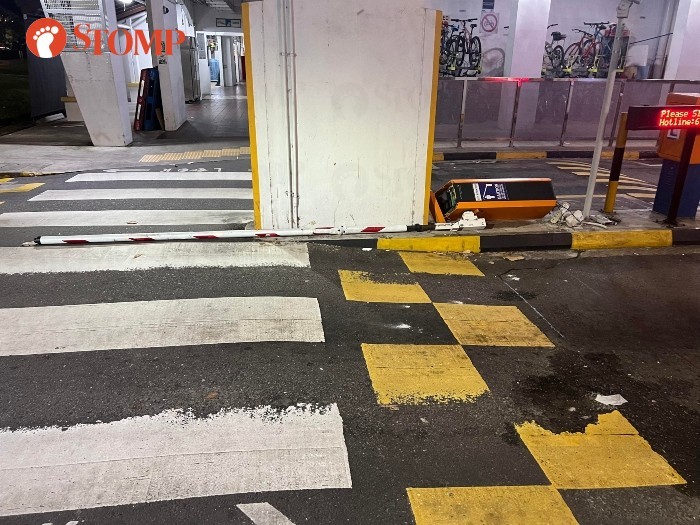 The Stomper said she saw at least three other people tripping over the barrier on the ground, but fortunately, they did not fall.

"It was not easy to spot the barrier as it flushed nicely with the zebra crossing."

The Stomper also shared photos of the fallen barrier, two of which show a red stool placed over it to warn pedestrians after the incident. 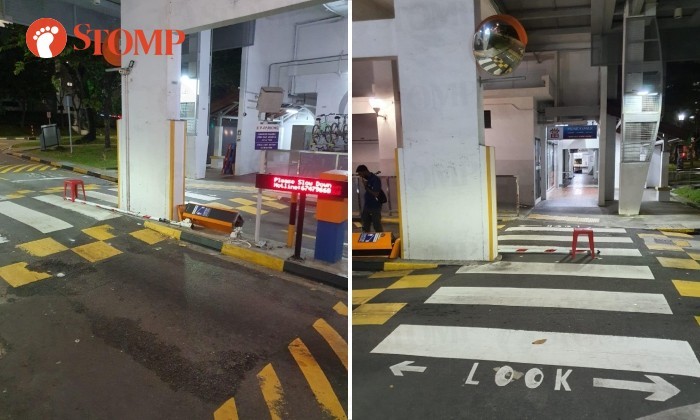 Stomp understands that the carpark barrier was knocked down by someone riding a personal mobility device and that it has since been cleared.

In response to a Stomp query, the Singapore Civil Defence Force said that it received a call for assistance that night at about 11.50pm and the man was taken to Sengkang General Hospital.

"We wish uncle a speedy recovery!" said the Stomper.

When contacted by Stomp, the man's son said on Thursday (Nov 24): "He is still recovering from the fall. His body is feeling sore."