Man taken to hospital after fire breaks out in Sengkang flat 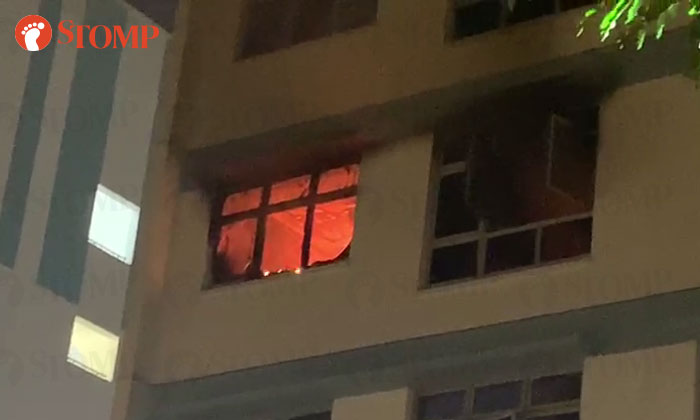 A man was taken to hospital after a fire broke out in a flat at Block 351C Anchorvale Road in the early hours of Tuesday morning (Jan 28).

Stomper Jean alerted Stomp to the fire on the fourth floor of the block and shared videos and photos of flames inside the flat and smoke escaping out one of the windows.

Jean, who is a resident at a neighbouring block, said she had gone downstairs when she noticed a crowd near Block 351C.

"I stopped to see what had happened and saw a fire engine.

"I then looked up and saw the fire."

In response to a Stomp query, the Singapore Civil Defence Force (SCDF) said they responded to the fire at about 4.20am.

"SCDF conducted forcible entry into the unit and extinguished the fire, which involved the contents of a bedroom, using one water jet," an SCDF spokesman said.

"A man was conveyed to Sengkang General Hospital."