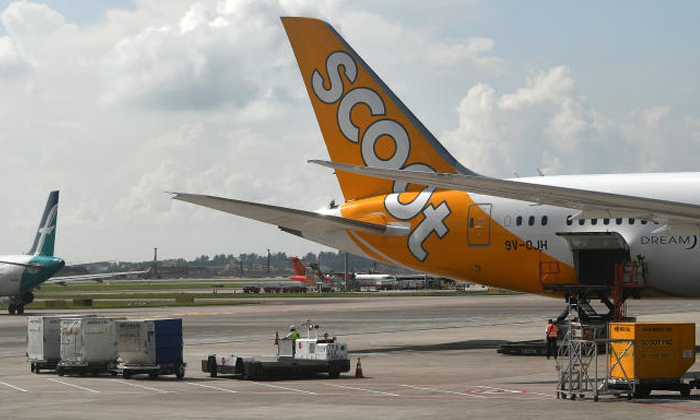 Stomper Dennis and his elderly wheelchair-bound mother had to spend an extra two days in Ho Chi Minh after he was denied from boarding the Scoot flight that he had booked and paid for.

Dennis said he had booked a Scoot flight from the Vietnamese city to Singapore for Jan 30 this year.

He received a booking confirmation and his itinerary details for via email after making a payment of US$104 on Dec 10, 2018. 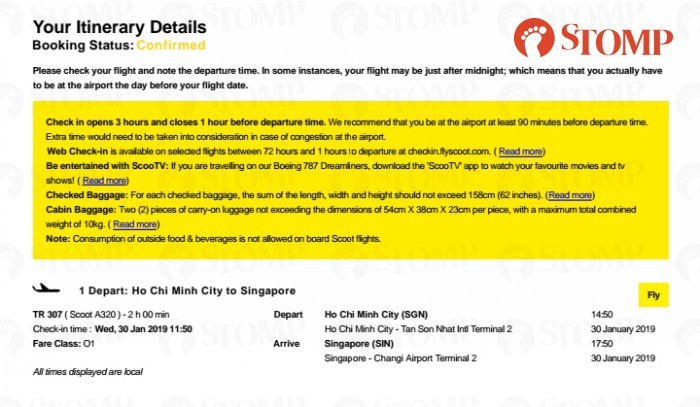 The flight was for him and his 85-year-old mother. They were on holiday.

Dennis shared: "We had flown to Phnom Penh with Jetstar and travelled to Ho Chi Minh by car."

However, when they arrived at Tan Son Nhat International Airport at around 12.15pm to check-in for their flight back to Singapore, Dennis was refused boarding.

Dennis told Stomp: "I did not expect that they could refuse my boarding when they had already confirmed my booking.

"No official reason was given to me by ground staff, they only said that my name was in some list.

"I don't understand how if they have my name in the system, then why didn't they just send an email or message to inform me in advance?

"A female ground staff member showed me mobile phone messages of her trying to contact the Singapore office, but nobody knew what was going on, other than that I was not allowed to board.

"I was then told that Scoot would give me a refund for my booking, though nobody wanted to tell me anything in black-and-white."

Although the Stomper's mother was allowed to board the flight, she did not do so due to her age and limited mobility. As such, she returned her boarding pass to ground staff.

Dennis said: "I requested that ground staff let my mum check-in for the flight and upon reaching Singapore, have someone send her back to my house or my sister's house, but was turned down.

"I also asked if they could buy a pair of tickets from another airline for us as I had run out of cash, but this was also rejected."

According to Dennis, he and his mother spent almost two hours at the airport trying to sort things out, but to no avail.

They eventually returned to their hotel.

In the end, Dennis booked a Feb 1 flight back to Singapore with Jetstar instead. 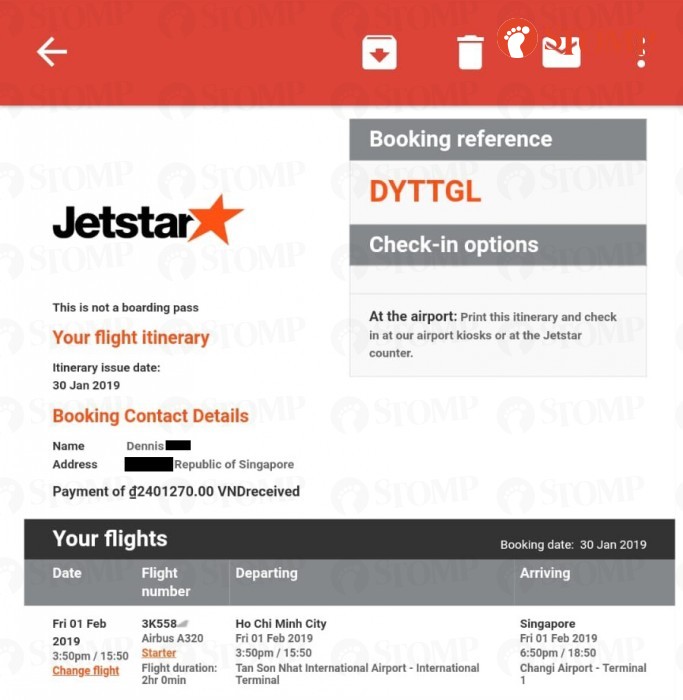 Dennis added: "Extra costs incurred aside, my mother is on daily medication and she had insufficient medicine for the next two days until we returned to Singapore.

"The following day (Jan 31), I received an email from Scoot about the refund." 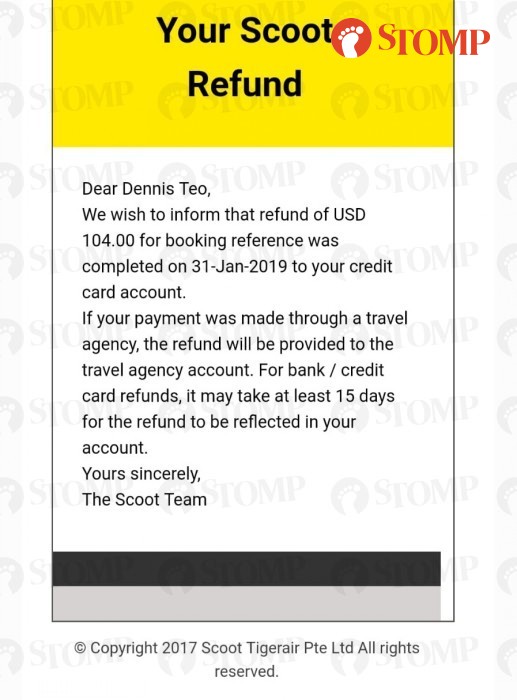 Dennis confirmed that he received the refund but said money is not the issue here.

He explained: "How can Scoot sell me something, which I fully paid for, only to take it back and refund me the original price last minute?"

"No notice was sent to me and I was not informed at all until I was at the airport.

"Moreover, I had to make a new booking last minute and prices had all gone up by then.

"Even on Monday (Feb 8), when I called Scoot's hotline, nobody could give me the reason why I was denied from boarding."

Dennis, who previously wrote in to Stomp about a separate incident involving Scoot, said he feels that the two cases might be connected.

In a Stomp report on Jan 11, 2018, Dennis shared how he missed a Scoot flight from the Philippines to Singapore on Nov 19, 2017, after the airline sent him an email with the wrong flight timing.

Responding to a Stomp query regarding Dennis' latest predicament, a Scoot spokesman said: "Mr Teo was refused carriage on the Scoot flight due to a previous incident during which Scoot’s Conditions of Carriage were deemed not to have been complied with by Mr Teo.

"His mother was allowed to board the flight, and arrangements would have been made in Singapore for wheelchair assistance. However, we understand she declined and was more comfortable to remain with her son.

"Mr Teo’s flight booking was fully refunded the next day.

"Scoot will be reaching out to Mr Teo to explain the situation and assist where necessary."

Scoot's Conditions of Carriage states that the airline may refuse to transport passengers and their baggage in the exercise of its reasonable discretion.

The spokesman did not elaborate on which conditions were deemed not to have been complied with in Mr Teo's case.

However, it is understood that in booking their flights with Scoot, customers have to acknowledge their acceptance of these terms and conditions beforehand.