Man stabs GF's throat with letter opener, strikes her head with brick after she tries to break up 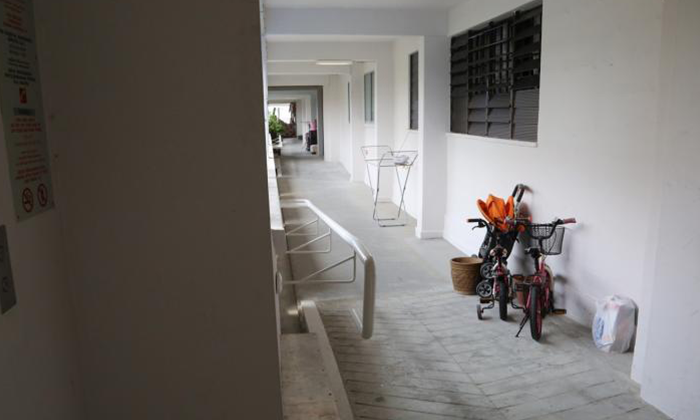 After a reconciliation attempt with his girlfriend of 18 years went awry, a 53-year-old man strangled her, stabbed her in the throat with a letter opener, and bashed her head with a brick, causing the victim to flee for her life.

The incident happened at a Bedok North Housing and Development Board (HDB) block on Jun 4, 2017, at around 10am.

He stayed with the victim, Ms Liaw Bih Jiuan, 43, and his mother in the flat during the time of the incident.

A month before, the couple had talked about Ms Liaw moving out and ending their relationship.

Ms Liaw reiterated her desire to break up with him when she returned home on Jun 4 at around 2am.

At around 5am, Lim told Ms Liaw that he was not feeling well and left their room to look for his mother.

He returned to the room shortly after and locked the door.

He proceeded to wake Ms Liaw up, saying that he wanted to talk to her.

Ms Liaw ignored him and prepared to leave the room.

Lim then used his hands to choke her, and the two fell to the floor after a brief struggle.

Ms Liaw tried to kick him and shouted for help, but Lim grabbed her neck in an arm lock and continued choking her.

Lim’s mother overheard the commotion and tried to enter their room by unlocking the door.

However, Lim stopped her from entering.

Seizing the opportunity, Ms Liaw escaped to the living room to try and call her family members.

She was followed closely by Lim.

As Ms Liaw messaged friends asking them to pick her up, Lim pleaded with her not to leave or call the Police.

Lim, in the meantime, grabbed a letter opener which he placed in his pocket.

The court heard that Ms Liaw spotted something in Lim’s pocket and asked him what the item was.

Lim’s mother felt his pocket and realised that it was a knife.

Hearing that, Ms Liaw quickly fled out of the flat and was pursued by Lim, who grabbed her arm, telling her not to leave.

He then drew the 10cm-long letter opener and stabbed her in the neck.

Ms Liaw managed to grab the letter-opener blade and broke it.

She threw the blade and handle of the letter opener away.

Lim then grabbed her head and hit it twice with a brick, causing her to fall.

His mother intervened, while Ms Liaw ran to the ninth floor to ask for help from a neighbour, who called the police.

She was subsequently hospitalised for six days.

Lim could have been jailed for up to seven years and fined.