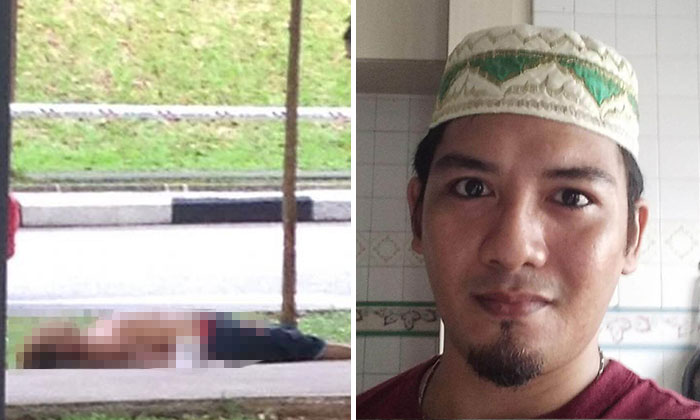 A neighbour of the man who was found dead on a pavement near the void deck of Block 165A, Teck Whye Crescent yesterday morning (Aug 16) said that the occupants of the deceased’s unit were ‘always partying and creating a ruckus’.

The victim, Mr Mohammad Roslan Zaini, 35, had been stabbed in his chest and chased down the same block, leaving a trail of blood that stretched all the way to the pavement.

A 48-year-old male suspect has been arrested in connection with the case.

The suspect and the deceased were flatmates,  reports Shin Min Daily News via Lianhe Zaobao.

A neighbour of the deceased, staying on the fourth floor of the block, reported hearing a woman shouting “Kau jangan gila!" in Malay which translates to "You don't be crazy!” at 4am.

Another resident living on the same floor said that police officers often visited the unit, while another neighbour a few doors away said that the occupants in the unit were constantly partying and creating a ruckus.

According to The Straits Times, Mr Frankie Tan, 49, who lives next door to the deceased, said that the suspect had slept on the staircase landing for about two years, before being invited by the victim to stay with him in his flat six months ago.

“The victim said he pitied him, that's why he invited him to stay together.”