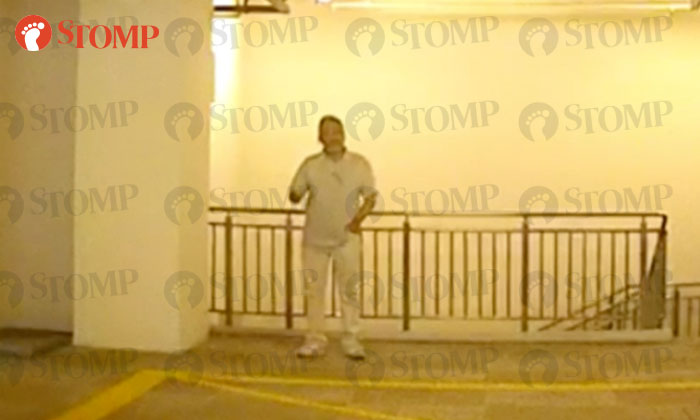 A man was spotted smoking and spitting on the ground in full view of the public at a carpark next to Mount Elizabeth Novena Hospital on Tuesday (April 10) at about 3.30pm.

A Stomper told a video of the man and sent it to Stomp.

According to the Stomper, passers-by, including himself had reminded the man that smoking was prohibited at the point, and asked him to head to a smoking point instead.

However, at the Stomper’s suggestion, he told him to ‘mind his own business’.

The man continued to puff away, before throwing his cigarette butt on the ground and walking away.

“I feel this sort of behaviour is absolutely disgusting. He was just beside the covered drop-off point.

“Just because he’s seeking treatment at a private hospital, he thinks he can do whatever he wants.

“Moreover this is a hospital and there are patients here.

“We are all educated and civilised, people like him need to stop behaving like barbarians and primates.”

According to the National Environment Agency (NEA) website, smoking is prohibited at covered drop-off and pick-up points.