Man 'shops' for bras worth $200 along Tampines HDB corridor 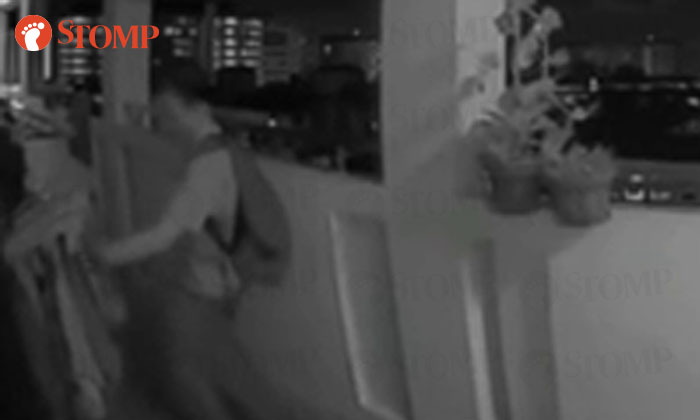 A man was caught taking bras from a laundry rack along the corridor of a Tampines Housing Board block in the early hours of Sunday morning (Mar 15).

Stomper Lisa alerted Stomp to the incident and shared footage taken from a camera her family had installed at their home.

She told Stomp that the unknown man had taken three of her bras which cost about $200 in total.

"It was my first time hanging undergarments outside my home.

"I usually hang them in the kitchen but the wind was good that day and I wanted them to dry faster."

She told Stomp that she had hung her laundry out to dry on Saturday (Mar 14) and had gone out later that night.

She came home on Sunday at about 4.30am. Later, at about 10am, she realised her personal items were missing.

"After reviewing the footage, we realised the man had come by at about 5.25am, barely an hour later.

"I don't know if it's a coincidence."

She added that this is the first time this has happened and that she has not seen the man in the area before.

She made a police report on the same day and wanted to share what had happened as a cautionary tale.