Man shocked to find he was charged $183.60 for parking at Benoi Road 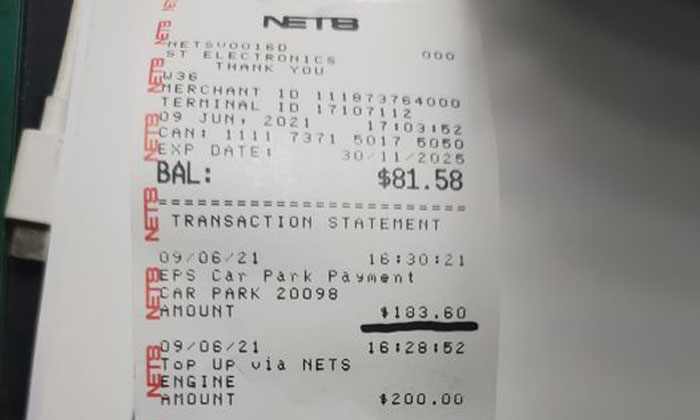 A driver was shocked to find he was charged $183.60 after parking at Engineering Manufacturing Services (EMS) Building at Benoi Road on June 9.

In his post, he said he had tapped his Autopass Card on the reader but it showed that there was a double entry.

Farizul said he was confused and spoke to the parking attendant because he had not even entered the carpark yet.

The attendant opened the gantry for the driver to pass and Farizul said he parked there until evening while he finished his course.

"I [asked] the same parking attendant why I'm being [charged] like this?

"He said I have done double-entry park."

He added that he felt "disgusted" with the situation and that he had no option but to be forced to pay.

He then printed out the statement and topped up his card's value to pay for the parking fee.

In the comments, he added that he had previously been charged $12 and $1.20 when he had parked at the same carpark on two separate occasions. 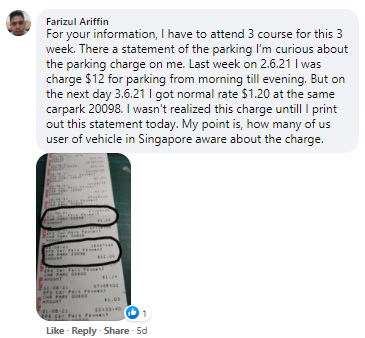 He did not realise this prior to printing out the transaction statement.

"How many of us user[s] of vehicle[s] in Singapore are aware [of] the charge," he asked.

Related Stories
Driver charged $285 for parking for 1 hour at Simpang Bedok on CNY's Eve uses another exit -- and it only costs him $2.40
Driver parks at mall carpark for 2 hours, only to face $944.90 fee
Yet another parking fee shocker: At $3513.50, this one takes the cake
More About:
parking
expensive
parking fee