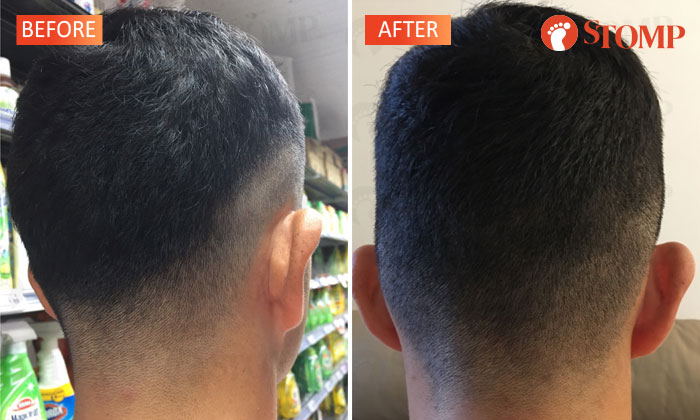 In an effort to bring laughter to those having the Monday blues, a Stomper wanted to share his funny '$10 misadventure' at a local budget hair salon.

Stomper Justin had visited K-Cuts salon at Junction 10 in Bukit Panjang on Mar 19 to get his hair cut for $10.

"After the stylist was done, I could see it was patchy so I asked her to cut a bit more," he said.

"However, it became worse so I told her to stop otherwise there would be even more patches.

"My wife could not stop laughing when she saw me with my new haircut." 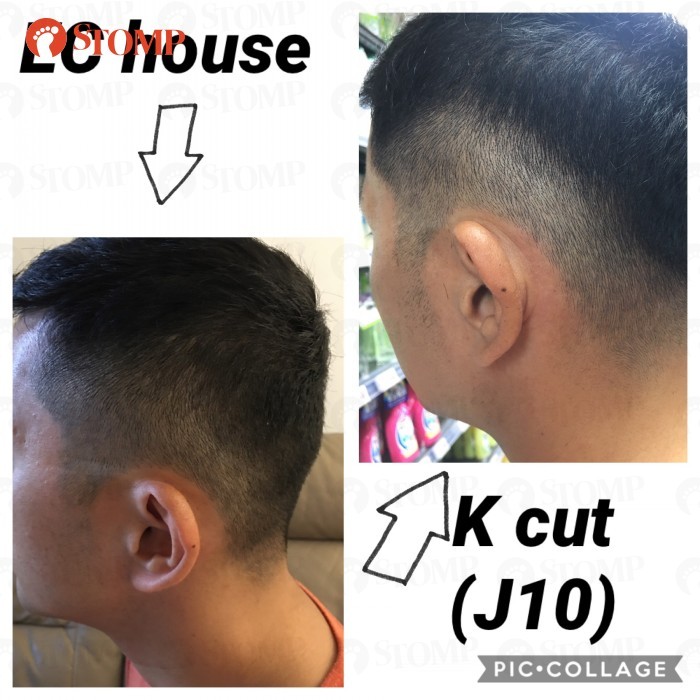 Justin shared that he visited another budget hair salon, EC House at Westgate shopping mall, when he took his son out for a haircut on Mar 21.

He added that K-Cuts offered him a complimentary hair cut voucher but he turned them down, quipping he was 'once bitten, many times shy'.

"My hair grows too slowly and I cannot afford to be a guinea pig when using the complimentary voucher," he said.

Related Stories
Guy who got $118 'mangkuk' haircut gets it fixed by salon
Salon boss responds after half-balding man pays $4,799 for package to treat "worms" on scalp
I went to North Korea to get Kim Jong Un's haircut
More About:
hair
salon
bad service